(Another Year) When The World Didn't End

Don't grieve. Anything you lose comes round in another form. - Rumi 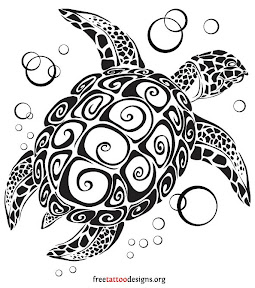 You'd think that after spending nearly a year ruminating that I'd prefer to spend the holiday season doing something else. Alas, the season and all it's insidious psychological programming have such a deep toe hold in my brain -- even still - that I find myself pondering all that's occurred since December 24, 2011.

This time last year I was hurdling blind and in denial towards the end of decade long relationship , and I was living in Mount Carroll, Illinois, a place for which I carry a deep love and affection and which, I like to think, carries some fond feelings for me (the Scrooges, Grinches, and snotty-nosed bitches not withstanding). A year ago today in particular, I was buried under what had become an annual/perpetual dark mood that even Cindy Loo Who couldn't have broken through. Following what had become something of a tradition the then eventually-to-be-exwife (now ex-wife in full standing), we neither put up a tree nor spent much on celebrating Christmas. The Kid was spending the holiday on the East Coast; thanks to a series of financial setbacks, we had neither the money nor transportation reliable enough to visit family. And that had always been a sticking point anyway, since it was always a toss between which set of eventually to be ex-laws we were going to grace with our presence.

[Our last holiday sojourn happened in December 2009, right after moving from the Valley of the Sun to The Northern Tundra. Not only did we almost die between blizzard conditions and a random automotive problem that made the car die if it dropped below 60 mph, but the now ex-wife in full standing had to bear an intense interrogation from my brother's wife regarding her [my ex's] feelings about being married to a man (me) who wasn't earning a regular Ward Cleaver style paycheck. Both events, in varying degrees, inclined us both to stay away in order to avoid the eventual argument.]

This year, I've done a lot of traveling, a lot of looking and ruminating and writing. I've started playing guitar again. I've grown out my beard. I'm happy to say that I'm happy and seeing someone who is also, for the most part, happy. I've tried to do some good this year; I've also made mistakes, and if I have... either intentionally or unintentionally hurt anyone or myself, I ask your pardon and hope there's enough forgiveness to go around. I rediscovered my faith in people and occasionally caught a hint of the inner workings of the universe.

Maybe it's because I'm going to be turning 40 in a few months, or maybe I've realized just how much of ... well... EVERYTHING... is a luxury, but I finally figured out that I have spent nearly every Christmas of my adult life focusing on what is absent rather than what is present. I mourned my father's death for over a decade. I stewed over my daughter not being with me. I made the people around me miserable, made people feel like less when I should have made them feel like more, and dressed up my misery as cynical insight.

I ask pardon for that, too.

Merry Whatever the Hell You Call This Holiday. Be happy. Be thankful, since chances are good that if you're able to read this, you have shelter, and warmth. I hope you're around people who love you and who you love.

NOW THAT THE WORLD DIDN'T END CAN WE AGREE THAT WE NEED TO FIX ALL THIS AND NOT WAIT FOR SOME COSMIC VACCUM CLEANER TO DO IT FOR US?