Love is the best disease

My most brilliant achievement was my ability to be able to persuade my wife to marry me. -- Winston Churchill 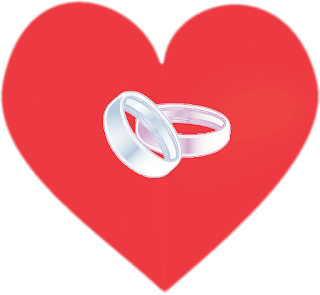 When I rolled into River City on a Greyhound bus 5 years ago this week, I had no idea what I was in for.

My plan was to stop through on my way west. I'd been living on the road since January and had been bouncing around the East Coast, Appalachia, and the Ohio Valley for months. I stayed with family, visited friends, and slept on buses, trains, and in stations between Chicago and Newport News.

The way I understand it, she had to pay someone $20 to pick me up because no one wanted to drive downtown to the bus station. Traveling by the big grey dog is frowned upon by a certain segment of the population, and perhaps (though unlikely) by some of you, Dear Friends and Readers. So it was that after beating the bushes and offering cold hard cash, Amanda managed to find someone to pick me up and deposit me at the house that would, eventually, become my home.

And I say again: that wasn't my plan. My plan was to roll west, cross the wild Mississippi River, explore the big square states and head to the Left Coast, where all freaks and all geeks of every stripe are welcome.  I didn't intend on settling down so much as wandering around and back again. I had some unfinished business up in Illinois -- an anti-climactic and passionless divorce -- and was planning on looping back east to visit family and friends.

When I came to Louisville five years ago this month, I didn't expect to meet the love of my life. I expected to reconnect with an old friend from college that wouldn't mind a visit now and again as I passed through The Bluegrass.

But that's exactly what happened. I didn't expect my entire life to change, but it did. That's the way love works, though. It's not calm. It's not reasonable. It doesn't take your plans into account. And it doesn't always mix in with the life you're setting up for yourself.

If you're lucky, love makes you a little crazy. Cynics say that falling in love is like a drug and just as temporary. Being in love takes work. And that work requires that come back to that person, over and over again. If the definition of insanity is the desire to do the same thing over and over again expecting a different result, love means looking at the love of your life everyday and embracing inevitable change.

In a way, real love is a disease. It invades you and changes the way you breathe, the way your blood flows. Love demands that you make changes, even when the changes might be uncomfortable at first.

I'm not always particularly good at living the domestic life. I've written about that before. But I love that today, I get to celebrate my marriage to a woman that knew that when she decided to take a chance on a guy like me.

And that's the thing about love. It's not a warm fuzzy kind of thing.

But if you're lucky, it sure does feel that way most of the time.

If you like what you're reading here, I have work for sale on my amazon author page:
www.amazon.com/author/mickparsons
Posted by DirtySacred at 9:00 AM
Email ThisBlogThis!Share to TwitterShare to FacebookShare to Pinterest
Labels: anniversary, Greyhound Bus, Louisville, love is the best disease, music, poet, ramble, River City, train, traveling
Location: Louisville, KY, USA

Letting loose the Gonzo: the baboon formerly known as a civilized man

GonzoFest 2017 was a wonderful experience, in spite of the fact that I remembered everything I needed but somehow managed to forget my copies of the poems I'd prepared to perform.

It's true I was nervous. I wasn't sure how large the audience would be. Then again, I've performed in front of audiences ranging between one and 100 or more, in venues ranging from open mics to Moth Story Slam stages, to bars full of drunk post-punk Gen Xers and newly non-bearded hispters looking for a new craft brew experience. I've read in front of church marms and firebrand preachers and people who, in another world, might be considered saints, as well as some others who embrace the truth that we are all sinners.

But lately, I've taken a different approach to taking the stage. Regardless of whether I'm performing with a music soundtrack or reading poems, whether they are written to be performed or written to be read (and yes, there's a difference), I've decided that it's better to be confident than it is to be humble. I've known some fine poets who stand up and exude supreme calm and supreme humility, and supreme confidence. When I'm being honest, though, I'm not that calm patrician poet who can charm the audience and let the words roll forth like thunder.

Poetry, for me, is lightening. Poetry is an epic baptismal flood. Poetry is a god damn holy fire. And while I hold some poets in high regards who can carry the day with gravitas and civilized restraint, the fact is that there as many different kinds of poets as their poems.

And while I have tried to become something like a member of civilized society, the fact is that somewhere along the way, I lost the part of me that might have been able to embrace a completely socialized life. It's not even that I was ever NOT socially awkward. But the fact is, somewhere underneath all of it, there was something else. 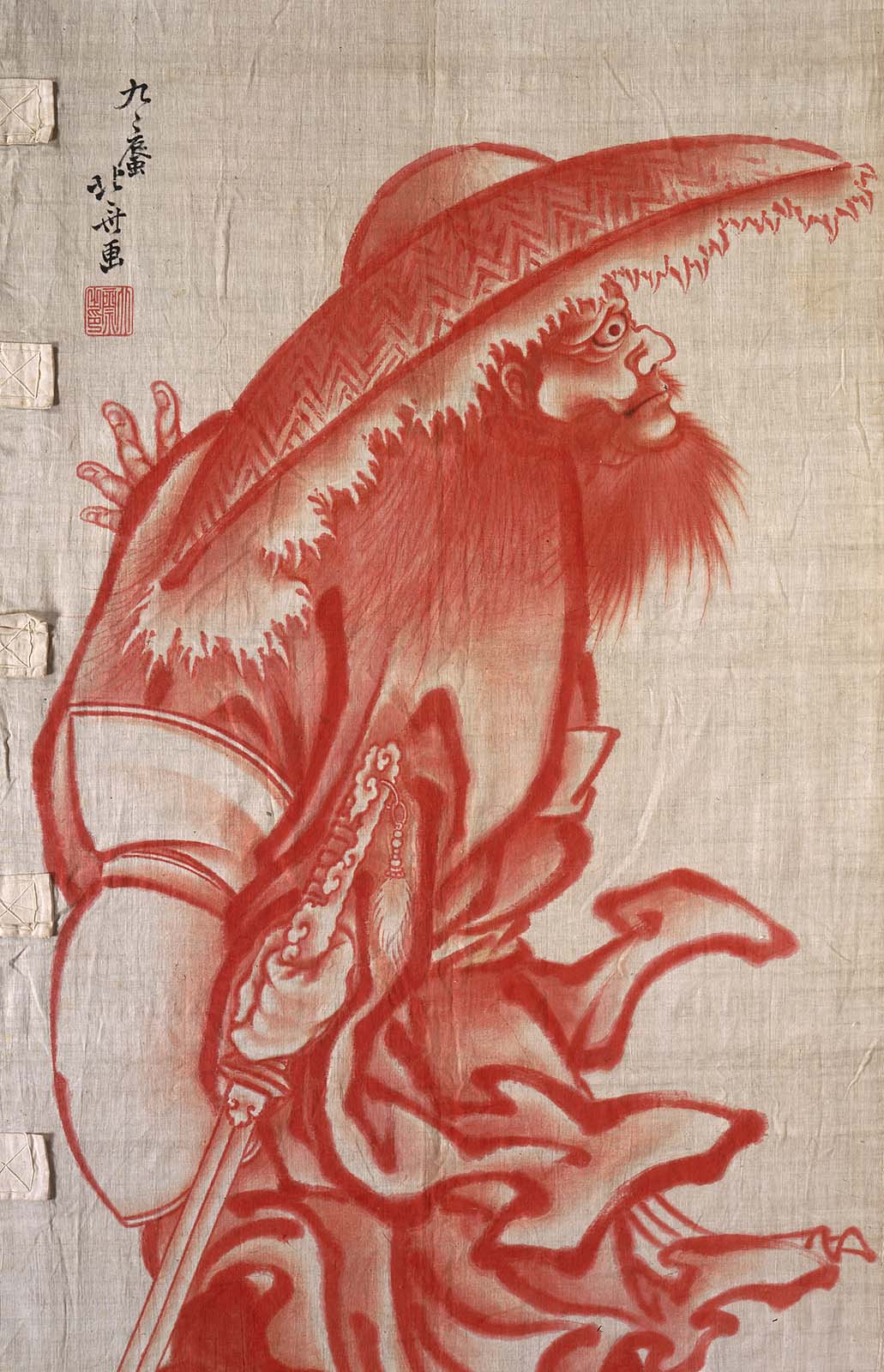 Poetry -- and the arts in general -- do help civilizations be more cultured, kind, and heartfelt. However, when poetry -- and the arts in general -- takes hold of a person, it's more akin to demon possession. There's very little surety in art. You're constantly bombarded with different ideas and different people and different cultural pushes, all of which act to influence you, your art, and your vision. To be an artist is to be comfortable in uncertainty and to be willing to embrace mysteries. It means following your own bad advice sometimes, if only so you can make it out on the other side and write about it.

I was lucky at GonzoFest because I was able to ask my wife to run home and get them. But when it was time to take the stage, I knew there was no room uncertainty.  I was rattled. I was entirely too sober. And I was worried that my first live performance using a music track would fall as flat like a flat-earther's science test score.

But since I've come to terms some of the more unsavory parts of my character, I've found it easier to let go of my nerves. You take in enough demons and you end up becoming one... or partially one. with, filled up with poetry.  Or, at least, with something that may feed my need to write and chase poetry like a rabid baboon.

If you like what you're reading here, I have work for sale on my amazon author page:
www.amazon.com/author/mickparsons
Posted by DirtySacred at 9:30 AM
Email ThisBlogThis!Share to TwitterShare to FacebookShare to Pinterest
Labels: artist, Letting loose the Gonzo, poem, poetry, Poetry Month, poets, the artist life, the baboon formerly known as a civilized man

Now is the time of monsters. -Antonio Gramsci

Sometimes it tries to kid me/ that it's just a teddy bear /and even somehow manage to/ vanish in the air. /And that is when I must beware/ of the beast in me that everybody knows. - Nick Lowe 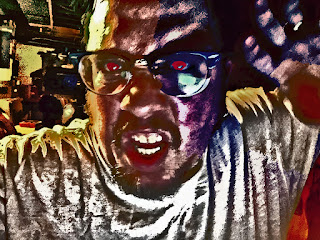 My daughter's mother used to tell me that my face changed whenever I lost my temper.

"It's like you turn into a different person," she would say.

We were a marriage of monsters. Of course, neither one of us realized that at the time. We were young and stupid and had no clue what love was or what we were doing. It wasn't entirely our fault, either. I grew up denying mine and she grew up trying to run away from hers. Our monsters have very different origin stories. I don't propose to talk much more about hers here, since it is her story to tell and ultimately her burden to carry. I only mention hers to point out that monsters come in all shapes and sizes and that most of them, contrary to all the folk tales, wear vaguely human faces and walk through the world completely unaware that they are, in fact, monsters.

I also want to point out that in spite of all that, we managed to somehow create the least monstrous, most talented, and beautiful daughter that any two monsters could manage during an Eastern Kentucky winter blizzard.

There was a point a few years back that I thought I had my monster under control. My tactic was to starve it out. My theory was that if I simply didn't feed certain aspects of my personality that eventually the it would starve to death. Cage it off, chain it to the wall, and starve it. I'd been at it for several years, and believed I'd nearly conquered the raging bastard.

And to be honest, I'm not really sure what happened, except maybe that little shit of an Id, that part of my brain that's always getting me into trouble, was sneaking it food while I wasn't paying attention.

Puckish little fucker, that Id. (Actually, his name is Clarence.)

I suppose it could be argued that there's a lot to be angry about. The ugly monster that is the underworldly underpinning of America has given birth to a beast and elected him President. And he is unleashing all manner of monsters on the world in his wake... as well as legitimizing the lesser monsters that heralded his arrival. He's doing what all monsters do. He's eating everything he can. The environment. The poor. The arts. The disenfranchised. The dumb ninnies that prop him up. Everything. All things. Until there is nothing left.

The unfocused and unorganized rage of the Resist 45er's is starting to fade. Socially activated liberals and frustrated progressives have fed all of their steam to the monster and are starting to settle down and talk about the next election. The short-lived union of the left is starting to fracture under the inevitable weight of hubris and the usual rounds of King of the Mountain, each of them sure that they are more right than anyone else.

Moreover, Kentucky's Little Fascista, who is also another teeny tiny monster, is trying gobble up all he can. The environment. Education. The poor. The arts. The disenfranchised. The poor dumb ninnies that prop him up. All things. Until there's even less left than was left before.

Monsters gorge themselves, rage, and destroy, and that is all they do.

So while I know there's plenty for me to point to and say "This is why," the fact is I am, after 44 years on this planet, still confused as to why I have something like this in me, anyway. If you believe the comic books and great literature of the ages -- and really, who doesn't-- all monsters have an origin. But mine is just there. It's always been there. It will always be there.

Amanda has told me as much. She knows me better than anyone and has known me for a long time. She tells me that while I'm generally not monstrous, that it's always there, just under the surface. Waiting. I try to keep it away from the people I love and I do okay with that. I'm learning that in order to do that, though, that sometimes I have to let the monster out to play.

And that, Dear Readers, will take an entire other lifetime of practice.