Consarn it! Figuring out life in the post pre-pandemic world 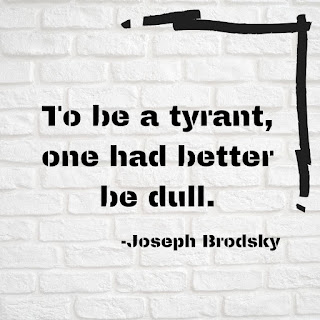 If I were (still) a betting man, my money would be on the terra firma.
Now that people can get a hair cut and angry anti-maskers feel like they can bully anyone wearing a mask like a roided up Alpha Beta,  it's past the time when we need to start figuring out what life in the wake of this pandemic will look like.
I suppose the first thing to keep in mind is that there is going to be a learning curve. Our national myth is built on a double-foundation that absolutely works against us: exceptionalism and rugged individualism.
And what this gets translated to now is some Gabby Hayes caricature of the backwards '49er nursed on amphetamines and instant gratification.   So we're going to have to figure some new things out, like respecting personal space and adjusting (temporarily) to some different social norms in regards to eating out and interpersonal greetings.
This will be hardest on the huggers, I think... though not on those of us who are selective huggers, and certainly not for the non-huggers out there.
In these areas, though, I have a lot of confidence in our ability to make a shift. The Karens and Stans of the world will take longer to adjust, but they will when it's made obvious to them that being a spoiled brat will keep them out of the salon chair longer and their roots will be as much of an indication of their selfishness as it will be their vanity.
There are, of course, the gun-toting anti-maskers... these bastions of Muricanism, that have less of an understanding of the US Constitution and the Bill of Rights than the average 7 year old.  They have the 3 Percenters to protect them -- jackboots that represent the bully base of the Trump regime, who have managed to infiltrate state and local police departments while Karen and Stan were too busy complaining about the number of sprinkles on their FroYo because, you know, YOLO, right?  I have less confidence that they will eventually embrace any kind of true social responsibility because life to them is nothing more than a remake of a Clint Eastwood or John Wayne movie.  Fully swaddled in a nostalgia for Something that Never Was, they, along with their low rent buddies in various white power militias that take Mad Max: Beyond Thunderdome as gospel will take it upon themselves to bully, to frighten, and to do whatever it takes to turn the world -- or what they decide is their corner of it -- into a whites only dystopian nightmare. 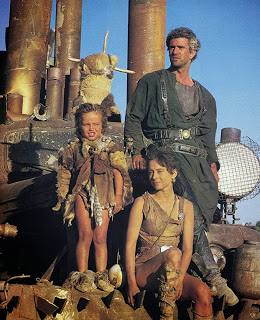 They feel pretty confident in their ability to do all this because their figurehead has given them permission. Trump is a carnival barker at heart. He knows how rile people up and he knows -- just like corporate hacks and powermongers know -- that getting one half of the country to murder the other half is just good business.  The murders of George Floyd in Minneapolis and Breonna Taylor in Lousiville are not isolated incidents.  The increase in racially motivated crimes against people of Asian descent are not isolated incidents. There's been an increase in these crimes since Trump took office; but it would be a mistake to pin it all on him like he created it.
That would be giving him too much credit.
I've said before that Trump only stood up in front of a tide that was already rolling. My assertions of this were dismissed in 2015 by highly educated and well-intended liberals who honestly still had faith in the system... or, if not faith, a sort of strangled hope that while the system is completely fucked, it's "the system we have." I told them then that Trump was probably going to win. Not because I wanted him to win (I didn't) but because of something else that I had difficulty articulating.
Now I understand what I meant to say five years ago.
Tyrants are not dynamic people. Dictators CAN be. But, like Brodsky wrote, "To be a tyrant, one had better be dull."  Tyrants are not game changers, swamp drainers, or bringers of change. Tyrants are bureaucrats of their own hearts that want order ... order that cements the status quo in place ... at all costs.  And make no mistake... Trump isn't a tyrant just YET.
But he's in the running.
And, so, as we try to figure out how to live in this pandemic stamped world, I have to be honest. My money is on the dirt. Any conventional wisdom suggests that we're not done with COVID yet, no matter how much people want it to be done.  And there will be those who will continue to exploit the situation in the name of profit or power. And the system will tighten its hold, unless we examine the possibility that all these little fires might be fueled from a single source. And it's not so much about the election, but about making changes to the system itself that will make it more humane.
They're not going to make it easy, though.
Posted by DirtySacred at 3:18 PM
Email ThisBlogThis!Share to TwitterShare to FacebookShare to Pinterest
Labels: covid-19, Louisville, Minneapolis, movies, pandemic, police brutality
Location: Louisville, KY, USA
Newer Post Older Post Home