Honestly there hasn't been much to report. I'm waiting on the rest of a response from my third Open Records Request before I hit them with another one.

There was one interesting tidbit of information in the last go round, though. As part of my last ORR to the Office of Legal services, I requested " a detailed record, minus any personal identifying information.. except for the campus where the alleged violation occurred... of any and all alleged and actual FERPA violations in the whole KCTCS system over the past 7 years, including the official resolution."

You might recall, Dear Friends and Faithful Readers, that I was terminated from JCTCS and banned from all KCTCS campuses in the state of Kentucky. The flimsy excuse they used was a supposed FERPA violation on social media. You might also recall that as the result of my first Open Records Request, I learned that certain administrative lap dogs took to stalking my online life in January 2015 after  The Cone Man Saga. One of them is named in the above quote, taken from some of the pages off the ORR's that I'm collecting in an attempt to get the true events unearthed and the roaches killing the clockworks of higher education exposed to the light.

Since I was terminated (and banned) on the pretext of a FERPA violation, I thought there was some record kept of such occurrences, particularly since an institution of higher yearning ought to be interested in knowing whether they need to change their orientation policy in reaction to some egregious trend of underpaid instructors bandying about the names and grades of students and bad-mouthing administrators all over social media.

However, this is the response I received:

"A response to this request cannot be provided in that there are no records in existence containing the requested information. Therefore, this portion of your requests is denied pursuant to KRS 61.870(2)."**

So, they don't keep records?

It's possible that I asked the question the wrong way, so I may take another tact.  But if they indeed do not keep records like this it does bear asking the question why. The only thing colleges and universities have mastered at all is record keeping. So if they are not keeping records of this kind of information, then there is a reason why.

* This is most like one or all of the people previously referred to as #respondent53
** The red font type is theirs.
Posted by DirtySacred at 11:44 AM
Email ThisBlogThis!Share to TwitterShare to FacebookShare to Pinterest
Labels: #jctc, #kctcs, #respondent53, FERPA, NLRB, Open Records Request, Solidarity Update, Solidarity Updates
Location: Louisville, KY, USA

"We gave him a platform." -Toni Whalen, JCTC Head of Human Resources (via email from ORR)

My daughter, who also maintains a blog, gave me a hard time recently because I haven't been updating enough... which is a fair critique. It's not for the lack of things happening. You'd think I'd have more time to sit here, safe in the bunker, and spout off. Mostly I've been waiting for some of the smoke to clear. I've also been trying to drum up some work and have been moderately successful. Also, with all the internet either covered in stars and bars or rainbows and the passage of the the TPP  -- which will do to the globe what NAFTA did to North America -- and the fact that I am awaiting for yet another laughter filled response to my second Open Records Request.

The nature of my second request is such that I will hopefully be able to name the cabal otherwise known as #respondent53, after which I will be able to unleash the whole sorry and torrid tale of how corporate lackeys in higher education work to undermine activists and destroy the heart of what higher education used to mean... before the bean counters* and the lackeys* and the weasels* got in.

This has story Oscar movie material stamped all over, Dear Friends and Readers. As a matter of fact, I'm thinking they can get Joaquin Phoenix to play me:

Damn. Even I'm not sure that isn't me. 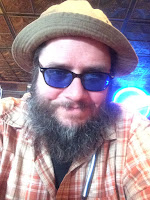 I kid, I kid. My nose looks nothing like that.

I'm working on an article for another blog, placing my unjust and illegal termination/banishment in the context of the national trend. And while there is plenty of good news out there, the fact is that adjunct labor activists -- particularly in the south are being targeted and removed from institutions that have no interest in higher education, in students, or in teachers.


Of Flags and Phalluses

Unless you live under a rock, you've probably heard that #SCOTUS finally agreed that the 14th Amendment applies to everyone. There is no marriage and "gay marriage." It's all just marriage, and I'm damn happy to see it. Of course, never let it be said that one idjit* or a flock of them can't ruin a good thing. County Clerks in the Kentucky counties of Boone (near Cincinnati) and Rowan (that's out in Morehead, a place near and dear to my heart.) have decided to stop giving out marriage licenses entirely because of what they believe is a divinely inspired moral objection.

In the category of Red Herrings, you'll find the perpetually disturbing rukus over the confederate flag.  This should not be an argument, as far as I'm concerned. The stars and bars, like the Nazi Swastika, belongs in history books, not flying over government buildings. The fact that both Google and Amazon saw fit to block the southern cross was just one more piece of corporate opportunism.  And while the nation's Facebook users argued over flags and rainbows, Obama signed into law the most damaging and damning economic policy since NAFTA.

Racism and bigotry are not things to be tolerated or accepted, and must be fought where ever they rear their ugly, misshapen heads. But never forget that the powermongers have long used existing racism to slow solidarity and union movements and to ensure that their profit coffers are fat. Know who your enemy is.

That's right. I have managed to find work at Louisville's alternative weekly paper, The LEO. I'm back in the muckraking freelance journalist saddle again. Good Lord, I've missed it.

I want to thank everyone again who signed the petition to have me reinstated without prejudice. If you'd still like to, or if you want to pass it around, here it is.
A friend and Fellow Worker, J.P. Wright, has started a small support fund. If you'd like to contribute, go here.
Some have expressed an interest in writing letters of support of my reinstatement. Here are some addresses: