The battleline between good and evil runs through the heart of every man. - Aleksandr Solzhenitsyn

I'm not a pacifist. I feel that there are situations where fighting is inescapable, but we don't go looking for those things. - Bruce Cockburn

It is better to be violent, if there is violence in our hearts, than to put on the cloak of nonviolence to cover impotence. - Mahatma Gandhi

Growing up, I was not much of a fighter. On some level, I think violence confused me. It made no sense that other people would want to hurt me when I had done nothing to them. None of the petty violence that made up a fair portion of my early school yard experience had any of the real urgency of the scenarios I watched on television. When I lost my first fist fight in 5th grade to Terry Peters in the boy's bathroom, there was absolutely nothing at stake. When Byron Combs punched me in the locker room in high school because I answered his passive bullying remark with a joke and a refusal to apologize for standing up for myself,  I understood better that something at stake. I simply did not want any part of it. I took the Biblical admonishment to turn the other cheek seriously -- at least where physical violence was concerned.

When Vince Lancaster, who managed to fight everyone in our class and lose finally got around to challenging me our Senior year by making comments about my Dad who had just died, I fought him and won, though I was horribly confused as to why I won.


I figured out later on that it was less about asserting my dominance as much as it was the social judgement that my anger was justified and giving into it met with crowd approval.

Violence confuses me less now than it used to. It's not so much that I've developed an intellectual framework to understand it. There is no rational explanation for violence. But I understand that violence is as much a part of the human experience as love, and as powerful a motivator and action. 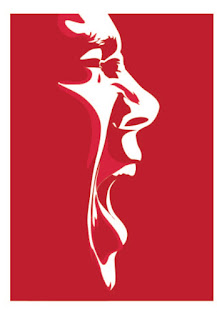 social media threads. The argument is most often used by far right wing apologists and New Wave American Fascists. They claim that liberals and the left are truly the fascists because they really don't want to "coexist" with people who want to silence social justice groups, terrorize the LGBTQ and Black Communities , make "blood and soil" arguments about culturally and ethnically cleansing the United States, and hold parades to celebrate Adolf Hitler's birthday. They make this argument because of a simplistic and generalized view of the left. Nearly everyone on the right -  whether they are moderate republicans, Tea Party hold outs, alt-right Nazis, or GOP party base one percenters - is buying into the alt-right (AKA New Wave American Fascist) rhetoric that everyone on the left is 1) a liberal; 2) a Democrat, and 3) a "snowflake."

This reductionism -- which many rank and file liberals and far left radicals are also guilty of when referring to opposing culture war factions -- is less a sign of a failing political and educational system as it is a well-thought-out strategy to keep opposing sides from having any meaningful conversation. It's an old strategy. It's also a really effective one that has been used time and time again by every and all political parties to maintain their base supports in the face of cultural and social change.

The basic problem with the New Wave using "coexist" and "tolerance" arguments is that when they make the argument, they are ignoring the fact that they feel their violence is justified while any potential or actual violence on the part of others in unjustified. They act as if theirs is a rational framework in which violence is a legitimate answer. There are folks on the far left who have made this determination, too.


But then, violence has a special kind of vernacular. Nearly anyone can embrace it, which only goes to prove that no one ever fights a war believing they're wrong.

I'm not saying there aren't times when violence is inevitable. Actually, I think it's naive to assume we can simply stop being a violent society by rejecting self-defense. Personally, I've found that seeking peace sometimes means confronting violence. Sometimes confronting violence means rejecting it. Sometimes it means answering with violence. Each approach will have consequences. I think part of the problem is that, in a culture built on a false dichotomy of ideas (either/or) we are supposed to choice either pacifism or violence. If people were less complicated monkeys, that might even work.

It's possible to desire and work for peace while refusing to tolerate or coexist with evil -- which what the New Wave of American Fascism, with all of it's masks (like the TWP, the American Vanguard, alt-right apologists, and Trump supporters in denial) represent. The first mark of any failed political argument inevitably involves some flaccid misunderstanding about the difference between being peaceful and being a doormat for someone who wants to abuse you and your generous spirit by whining about "coexistence." Not only is it possible to desire and work for peace without tolerating evil, it is absolutely mandatory. Like violence, peace does not simply create itself. Like violence, peace requires time, energy, and determination.

The key difference is that peace requires a longer view and more attention.

If you like what you're reading here, I have work for sale on my amazon author page:
www.amazon.com/author/mickparsons
Posted by DirtySacred at 10:55 AM
Email ThisBlogThis!Share to TwitterShare to FacebookShare to Pinterest
Labels: 10, alt-right, coexist, Facebook, intolerance, Letters from Trumplandia, nazis, Practical Guide to Peace and Understanding, Social Media, social media etiquette, tolerance, TWP
Location: Louisville, KY, USA
Older Posts Home
Subscribe to: Posts (Atom)