Notes from the bunker, #9: tandem teaching and election 2016 ruminations

I have come to believe that a great teacher is a great artist and that there are as few as there are any other great artists. Teaching might even be the greatest of the arts since the medium is the human mind and spirit. - John Steinbeck

Wars and elections are both too big and too small to matter in the long run. The daily work - that goes on, it adds up. - Barbara Kingsolver


This past weekend I had the opportunity to tandem teach with Amanda. We facilitated a workshop about creating 5 minute Moth-style slam stories at the Kentucky Storytelling Association's annual convention. This workshop was the first time I've done anything like teaching since separating from the University of Louisville this past April. We had a great time with some really great people. The KSA is a great organization I am proud to be a part of, and I Amanda is a great teaching partner.

I was excited at the prospect of teaching again. But I was a little sad, too. Don't get me wrong. I like the work I'm doing now and I definitely feel grateful to have a job that pays me enough to help make ends meet. But I miss teaching. I don't miss the bullshit that is strangling the art and the craft of teaching; but I miss being in a classroom setting.

The nice thing about teaching is that, for the most part, it's easy to pick up the feel again when you've been away for a bit. I wasn't nervous at all about what we were presenting, to whom. But I realized as I was preparing for the workshop that it would be the last time for the foreseeable future that I would have the opportunity to be back in the saddle. Amanda had her own reservations, but she did an amazing job. We work well together. We always work well together. I knew she'd be great.

When I think about how many times I've revised myself, sometimes I get a little dizzy. I recently recounted most of the jobs I've had to a coworker. Most of the time I refer to them collectively as My 10,000 Useless Jobs. As a bigger, generally hairy guy, I ended up doing a lot of factory and warehouse work. These days, when people meet me an hear that I used to be a "professor", they assume I've never held any kind of physically demanding job. As I was going down the list of different jobs, it occurred to me just how odd it is, even in a day and age when people change careers an average of four times in their lives, for a guy like me to have done all of the random things I've done since the age of 18.

The other thing that's odd about all of it is that even when I was teaching, every other job I've ever had was somewhere in the back of my mind. When  I tell people that all work is noble and deserves respect, I mean it. The color of your collar makes no difference. And while I derived a lot of satisfaction from teaching -- I think it's one of those things I was hardwired to do -- the fact is I never felt like I was better than anyone, except maybe the exploitative administrators and political hacks that have sucked all that's worthwhile out of higher education. But hey, no one's perfect. 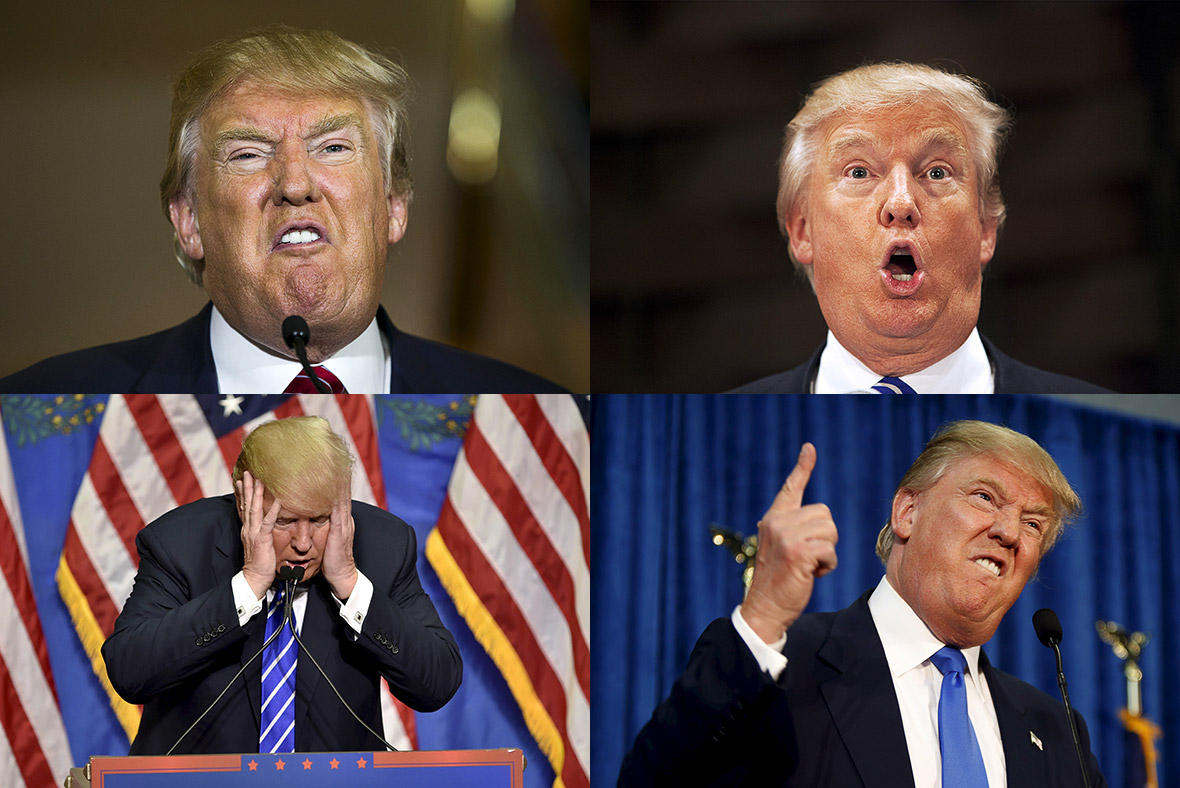 After tomorrow, the future unfolds. I can't bring myself to be optimistic about our chances if either major party wins. A win for Donald Trump will embolden the fascists, the xenophobes, and bigots, and the sexists who have decided they need a megalomaniac on the scale of Franco and Mussolini to make their displeasure known. If Trump loses, there is no putting all of the focused anger and discontentment -- which has real life roots in spite of how the far right has hijacked it -- back in the bottle.

No matter how much Hillary fans crow about history being made and feeling good about keeping The Donald out of 1600 Pennsylvania Avenue if she wins, we will not rewind back to early June 2015, before he first declared his intention to run. Trump did not create the anger or the conditions that caused it's growth. To be fair, Hillary didn't, either. Neither did Obama. The conditions that have created the sense of disfranchisement are rooted deeper in late stage capitalism, stagnant wages, an economy that favor investors over workers, and organized capital's long time strategy of getting half the of the working class to take their anger out on the rest of the working class and poor.

But anger feels good. There is power in it. There is focus in it. That's not what we need to move forward. But it's what we have.

By the time this post goes live, the polls will have been open a few hours. If there's any power left in the democratic experiment, the polls will show what direction that power leans to and whether we slide headlong into fascism or take a long slow slide through a Neoliberal nightmare into fascism.

If you like what you're reading here, I have work for sale on my amazon author page:
www.amazon.com/author/mickparsons
Posted by DirtySacred at 9:00 AM
Email ThisBlogThis!Share to TwitterShare to FacebookShare to Pinterest
Labels: election 2016 ruminations, Gary Johnson, Hillary, Jill Stein, Jim Grey, Mckenzie Cantrell, Notes from the bunker #9, president, Rand Paul, tandem teaching, Trump
Location: Louisville, KY, USA

To steal from a brother or sister is evil. To not steal from the institutions that are the pillars of the Pig Empire is equally immoral.  -- Abbie Hoffman

The wave of evil washes all our institutions alike. -- Ralph Waldo Emerson

Liberating education consists in acts of cognition, not transferrals of information. -- Paulo Freire

I have long suspected that the purpose of such a long political season is to ensure that the American Public is just so tired of hearing about it, talking about, and thinking about it, that to vote seems pointless. All the lines are drawn. Everyone has decided who they're going to bet their children's future on. It's not quite time for the betting window to close; but at this point, only the lines are filled with the neophyte gamblers who are still trying to decide whether they want to box their trifecta or not.

In the middle of this political year -- in which my own opinion was formed even before I saw the thoroughbred parade -- I'm marking a sort of anniversary. This time last year, I was battling what I saw an as unfair termination from JCTCS. I knew then it was politically motivated. I know it now. At the time, though, I saw a way through it, a way to some kind of victory. There was still momentum from The Louisville Teach-In. We created a connection, a community, something that might turn into a movement. We got the word out. People were starting to listen.

And then -- it disappeared. KCTCS began weeding out the most vocal activists (I was not the only one) and those who remained kept their heads down out of fear of similar reprisals. The institutional power play worked.

And even with the recent shake-up, in which KCTCS fired more than 100 people in reaction to our tin pot fascist governor's budget cuts, a few of those who remained silent, who would not stand up for themselves or for their peers, still have jobs.

I suppose that counts as some sort of victory. Only time will judge that.

But even though I'm on the outs with the institution of higher yearning, I find it difficult to let go. Anyone who knows me well knows I can nurse one hell of grudge. I can grow iguanas into full dragons with bellies full of an unending fire. I'm actually pretty good at compartmentalizing the negative feelings, the anger, because I am trying not to feed all my hungry demons. The truth is, though, that some demons grow best when they are shut up in the dark and ignored, locked up in my subconscious. This morning during my workout, my thoughts turned towards people who I thought were friends and comrades, and people who were not but whose betrayal was so profound that I still have violent revenge fantasies about them.*

I am trying not to feed those demons, but it's more difficult than you might think. I know all the canned memes about how grudges are just weight you can drop if you want; but the truth is, my grudges drive me, too.

It's hard to let go. But I'm trying. I can't help but feel like I was deserted by what adjunct movement there was in Kentucky, and that what labor movement there is here is too busy trying to find a Democrat to believe in to actually change anything. The Bernie or Busters are holding onto the illusion that their candidate is actually the start of a revolution that none of them really wants.** The Hillarites are celebrating because Ol' Buddy Bill scared the FBI and DOJ away. The Trumpians are complaining about the corrupt politics, co-opting the language of the Bernie or Busters in an attempt to attracted pissed off "progressives" who would rather vote for a fascist than another career political criminal.

While everyone is crying for or against Hillary,

The dark powers are amassing power -- and we, the American People, are more focused on the whether the cherry on our shit sundae is maraschino or bright red sour.
Sanders is capitulating and Trump is marching forward like he already bought the White House. Meanwhile, the Koch Brothers are shaping public policy and increasing their cultural footprint simply by spending money on advertising, on influencing our infected institutions of higher education, and by pushing political candidates who will make their policy interests more of a priority than those of the constituents they were theoretically elected to represent.

In closing, I'll offer some track advice: if the horse you're thinking of voting for is carried around by yahoos, think twice. The handicap will hurt us all.
__________________________________
* #respondent53 has a playdough face.
** Elections are not, by definition, revolutions. Democratic elections are meant to AVOID revolutions. If Sanders supporters really wanted a revolution, they wouldn't mess with the elections process. Neither would Trump supporters. Or Hillary supporters. Or Greens. Or Socialists. They would take to the streets.
If you like what you're reading here, I have work for sale on my amazon author page:
www.amazon.com/author/mickparsons
You can also leave a tip if you'd like. Thanks for reading!