Only the few know the sweetness of the twisted apple. - Sherwood Anderson


Journalism without a moral position is impossible. -Marguerite Duras

Every journalist is a muckraker. - Note From Travel Journal

Life long resident and year 'round haunted house proprietor Jim Warfield recently told me that there was a time when people referred to Mount Carroll as Paint City. "Because," he went on, "people would paint the buildings downtown." Jim is an endless repository of stories about this place, and his knowledge at times seems preternatural because a good number of his stories pre-date his existence.

This, of course, is how it ought to be. But The Long Memory is suffering from serious ill repair, and there's few people left with any interest... and even fewer with any interest in listening.

In a place like Mount Carroll, true prominence tends to be counted by the number of generations deep your family can be found in the cemetery on the hill overlooking town from the western horizon. It also helps to marry into the right family. (As opposed to the wrong one, which depends on which way the gossip is blowing.)

Since I have to cool my heels here in Paint City whilst waiting for the divorce to be finalized, I had to find something to occupy my time besides keeping regular hours at both the coffee shop and the bars. As I mentioned previously, I wandered back into freelance muckraking for the area paper that I used to rake muck for when I lived here before.

A note on muckraking. The term is one that tends to be used in a negative context; it's one that is used to describe bad journalism.... i.e., "biased" or "sensational" or "whatever doesn't match my worldview." There is this notion, often spouted by journalism professors, newbies to the job, and a public that hasn't bothered to to look into the actual history of journalism, that "true" journalism is "objective."

Dear Readers, let me assure you... there is no such thing as "objective" journalism. Our whole existence is subjective. We relate to the world from behind our own eyes, from the "I" position. The most we can hope for is distance... to be able to look at a situation with as few preconceived notions as possible. This is difficult, and requires effort. It also requires an honest appraisal of your ego -- which is challenging. Especially when you have one.

I'd also like to point out that any journalist who's really doing the job -- especially in the arena of politics -- is a muckraker. And any journalist worth his or her salt KNOWS this. You can't deal in the muck that is politics ... small town or otherwise... and expect to keep your hands and shoes clean. It doesn't work. The best you can hope for, if you care at all about the job, is find the narrative that needs to be told. That autobot Tom Brokaw said once -- and it might be one of the few things I agree with him on -- that journalism is all about finding the narrative. When people quibble over journalists covering "the facts" what they're really pissed off about it that the muckraker isn't telling the narrative THEY WANT TOLD.

A good journalist, like any good writer, will let the story unfold for itself. And just because all journalists are muckrakers, that doesn't mean they're devoid of a moral or ethical stance. To the contrary, a moral and ethical compass becomes that much more necessary to the larger purpose: not only to let people know what's happening, but also to keep (at least) an eye and an ear on The Long Memory. Since walking back into small town journalism, my return as been heralded and maligned, applauded and booed. This, as far as I can tell, means I'm doing something right.

Most recently... last night... I was called out during an open meeting of the Town Council by a former alderman -- now a disgraced, maligned, and ostracized ex-alderman -- Nina Cooper, economic astrologist to anonymous fortune 500 companies everywhere that clearly don't pay her that often. I can only gather she's no Edgar Cayce, since she recently had to pick a job at a local embroidery shop that was able to secure her job through the purchase of a machine, part of that money coming from a local fund called The Revolving Loan Fund -- a fund whose existence she questioned as an alderman.

The father of the guy who covered my old Paint City beat after I quit in January of this year showed up to the meeting. Everyone knows him because he used to teach in the high school; he actually had a few of the current alderman and the mayor as students. His son was fired, it seems, because a particularly angry, bitter, and bitchy alderman, Doris Bork -- who is staying alive simply to see the mayor ruined -- called the publisher, a guy who I generally count as pretty smart, and cried. The general consensus as been that he did nothing wrong, this other reporter. And while I need the gig... the travel fund is hungry... I do feel like he got a raw deal. (I should point out that she had tried to get me fired too, when I was writing for the paper before. The hubris of small town autocrats never ceases to amaze me.)

The meeting was smooth until the General Audience section, at which point the retired teacher stood up and asked Doris if she had actual proof of the mayor's misconduct -- misconduct that she has been spreading like gossip while working the check out line at the grocery store -- or if it was merely "another figment of [her] imagination."

She was, understandably, defensive. She insisted that she had never accused the mayor of anything and demanded a retraction.

And, after some hemming and hawing, some attempt at recriminations, slander, and criminalization, Nina stood up and asked me directly what the "source" of my article was.

The source. I was floored, really. That was the one I didn't see coming.

You see, the article was actually a commentary after the regular article and was formatted as such.  So, by definition, it wasn't presented as straight news. I've been accused of editorializing in the past; I do, I admit, write with a certain flair and an eye towards the underlying narrative of events. But I do my homework, and I'm a pretty decent writer.

I can also only assume that Nina never watched All The President's Men.  And while I don't know for sure, I'm sure she voted for Nixon. Twice. It wouldn't surprise me to hear she had a little groupie crush on the paranoid oligarch, either.

Come to think of it, that was a movie, too, wasn't it?

Naturally, there is nothing going on in Paint City that rivals the impeachment of Nixon. That there are folks here who are determined to make it that important -- even at the cost of taking the town down with them -- borders on absurd.

That's the problem with Scorched Earth strategies. Not only is your target annihilated, but so is everything else.

And I'm beginning to think that might be the ultimate point. If they can't have Paint City the way they want it, then no one will get it at all. It will fall into the dirt with them, rot in a shallow grave and become one more small town in America that disappears into the cracks of an abandoned state highway.

Come to think of it, I've seen that movie before, too. 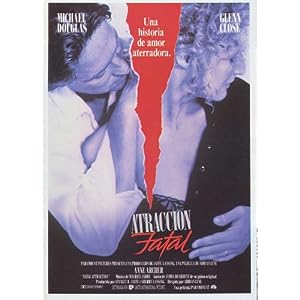 Main Street is crooked, runs right past
City Hall, the police station, empties
right in front of the University
Administration building.
All things tend southward here... the slopes,
the hollers, the crosses. Life has moved
out to the by-pass: movies, libraries,
community.
The school is a warehouse
of long dead ideas, stored up
for future kindling.
Boxes of unread books provide warmth
and nourishment the nests of rats
and legions of insects pouring over
our mistakes.
Outside, the street signs are picture perfect,
and the old buildings are either
scrubbed down or destroyed;
an expert destruction
of all evidence to the contrary
that once upon a time
there was something else here.
Bars converted to youth centers;
cigarette stores to ice cream stands.
The future is piling down upon us
barreling 80 miles an hour down
the new wider highway
past the mega store where
all hope is lost and sold
at discount rates.
But the banks,
at least, are solid
and are open for business. New restaurants,
same old food.
The movie theatre converted
into a mausoleum for ancient idealism.
Everything is fine. Everything is dandy.
Self help books sell well. No one reads
the classics anymore. Too many big words.
Too many big ideas.
Poetry is for little girls and for fags.
Rumi was a terrorist. Poe liked little girls.
Whitman needed a shave
and real job.
No one remembers the year the mountain burned.
No one remembers the year the north end of town flooded.
The people who carry the memories
have fled east, into the mountains
or west, into the desert –
searching for moonshine or for messiahs
that will give them answers
to nagging questions that have not
formed the words to articulate properly.
Posted by DirtySacred at 10:45 AM
Email ThisBlogThis!Share to TwitterShare to FacebookShare to Pinterest
Labels: 2012, An Expert Destruction, books, change, Eastern Kentucky, entropy, Kentucky, KY, Main Street, Morehead, poem, poetry, rats, rot, Willow Creek, winter
Location: Olive Hill, KY 41164, USA
Older Posts Home
Subscribe to: Posts (Atom)