At the. Louisville Greyhound Station, waiting for the bus to Cincinnati. I know this isn't a proper jaunt, but I feel a certain mental and spiritual release just sitting here on the floor with my rucksack and the blue guitar*. [They've taken out even more seats since the last time I was here.]


The post-Derby exit crowd is still here -- the proles that no one looks for in the expensive boxes or theexclusive parties where the rich, the famous, and the rich and famous wear ugly hats, ugly ties, and take pride in urinating on the city in a most non-metaphoric fashion while making fun of the accents, the politics, AND while the city's most glamorous whores -- the mayor, the city council, and the Chamber of Commerce** -- open wide and swallow whatever the out-of-town rubes have to offer. In addition to the obvious hangovers and economic losses being nursed***, space on the buses at a premium. This means, among other things, that that Greyhound drags out the broken down cans to accommodate the crowd.

My bus is number 6222. I always look at the number. It's a habit born out of complaining. Yes, I realize it often does no good to complain when, after riding in a mostly air conditioned sardine can for 25.5 hours from Louisville Kentucky to Norfolk, that your bus driver is lost in rural Virginia. It does no good, but I do feel a little better afterwards -- especially  after listening for 2 hours as other passengers, none of whom have ever been in the state of Virginia, try and give the bus driver directions to get back on the interstate.

I know what you're thinking, Dear Friends and Readers -- GPS makes this sort of foolishness impossible.

Oh, if only that t'were true. If only.

Traveling by the Grey Dog is one of those things I often swear I'll never do again. By its very nature, it is undignified and uncomfortable. Many people lack the basic etiquette to minimize the absence of dignity and comfort. I have even written about how I will never travel by the rolling sardine can again.


But I end up doing it anyway. And this is why they always win.

This particular bus is one I'm sure I've ridden before. It used to be a nice one, too. One of the late 90's models -- seats still wide enough for a non-stick figure person (though certainly not big enough for a man of large appetites to stretch out). Plenty of room in the above head storage bins. Unlike the new buses they advertise, there is no free wifi, and there are a few electric outlets every 3 or 4 rows. It's true that the newer buses have shiny, all faux leather seats, free wifi, and plenty of electric outlets. But the seats are more narrow, there's less leg room, and the above head storage compartments are smaller and shorter.

The seat I'm sitting in is stuck in a reclined position that I have always found uncomfortable on buses. It's more slouchy than relaxed and I've slept better on the bus sitting straight up. I know this seat will not be fixed. Mine is not the only broken seat, as the seat ahead of me is also stuck in a reclined position. The young woman sitting in it, trying to master English as a Second Language with an adult ESL reader, is apparently unconcerned that her head is almost in my lap and that a jolt or a speed bump could make us far friendlier with one another than either of us wants.

These seats will not be fixed or replaced. At some point, after the engine has been taped together from all the miles and abuse, it will finish out its service somewhere in the Great Empty -- a large, square state like Iowa, Wyoming, or Montana. They send all the broken up cans out there to rust, rattle, fall apart and die like an underfed racing hound.

Yes, the buses are made to be driven into the dirt. But the inevitable entropy is driven -- pun intended -- by riders who think a bus seat is a recliner, who don't know how to use earphones, and by those who don't seem to grasp that no amount of lounging, seat hogging, and a total lack of spacial awareness makes rolling along at 55 mph in a rolling sardine can more dignified.

And moreover, the basic business model -- as far as I can tell from my vast experience riding the Grey Dog and its various geographically locked clones -- is built on a mutual acceptance of an undignified humanity. They tend to put the nicer, newer (and smaller) buses in larger markets in the northeastern seaboard and southern California. Then, once the buses get a little too used in service, they're moved to more populated markets in the midwest, south, and west until they make the death roll even further west, into the mountain time zone far, far away from the shiny, made for TV background coasts.

I wish there was a train between Cincinnati and Louisville. There used to be. But CSX won't pay to update and repair the tracks for commuter trains. So on the bus I go.

There is, I suppose, always this:

What is human life? The first third a good time, and rest remembering about it. - Mark Twain 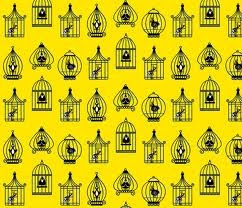 A slow and thoughtful Monday morning here in Louisville. I had the chance this weekend to see Ron Whitehead perform, along with some other amazing poets and musicians, at the Haymarket Whiskey Bar. Having followed his work for several years, it was a pleasure to see him live, particularly as he was celebrating his birthday. Before that, I was up in Cincinnati enjoying the holiday with Amanda and My Dear Sweet Ma, waiting through the procession of commericals and commercialization that is the Macy's Thanksgiving Day Parade to see my niece perform as one of entirely to many dancers inspired by Lady Gaga. (She was the most talented one. I'm sure you saw her if you were watching.)
If you weren't watching, don't worry. I'm sure it will be a FB meme before too too long.

Memes, of course, are what passes for information transfer in the Cyber Age. There is no promise of objectivity, no guarantee of veracity. It's simply information that is thrown at the consumer/product
... because that's what we are, if'n you haven't taken a break from Cyber Monday to notice. We're the consumer and we are consumed. There's a certain symmetry to it, don't you think...

at which time it is then left to the target/consumer/product to determine whether it's reliable, whether it's a rumor made fact by repetition, or just one more Cat Playing the Keyboard or 2 Girls One Cup.

The meme that hit this morning, of course... at least, the one I noticed... was another run of the reaction against Facebook's longstanding policy of mining member data to the blackmarketeers of the apocalypse that sell us everything from thong underwear to survivalist dry rations.

Given that a significant amount of my life is posted for the reading pleasure of the deus machina (for which Facebook is only the intermediary) and the half a baker's dozen of you Dear and Faithful Readers who kindly keep track of exploits and insploits*, I do take notice and am aware that social media -- and Facebook in particular -- is nothing more than a method for the corporamatons* that dictate much of what we have decided is reality to mine us for consumer preferences in everything from dental floss to politicians, from light bulbs to religious and ideological beliefs.

The good news is that it's probably only folks my age or older who still have a notion of what privacy is that aren't aware of this. The bad news is that those who are aware of it run the risk of getting used to it so much that it doesn't bother them.
_______________________________________
* from The Parsons Dictionary of Oft Used Words and Phrases, Desk Edition.
insploits, noun. Events that occur when not in physical motion that nonethless exist. Including but not limited to: dreams, visions, meditations, thoughts, outer body experieneces, astral travel, and drunken epiphanies.
corporamatons, noun. a profiteering and parasitic conglomerate that has neither brain nor soul but is not aware of the former's or concerned about the latter's absence.
Location:Louisville, KY, United States