What you do is who you are.
You are your own comeuppance.
You become your own message. - Leonard Peltier

Every man is in his own person the whole human race, with not a detail lacking. - Mark Twain

Been doing more ruminating and focusing on where I am than I have been blogging lately. In terms of pattern behavior, this isn't anything unusual. I will, in the right company, blather on for hours. When it comes to blogging, though, I find much more sound that substance; which is to say, just because someone has space to blather, doesn't mean they ought to. I'm all for a free and unrestrained internet, but I do think that if some people spent more time ruminating and living where they are rather than spouting mental minutia to the wind, this non-extistant space would be a much more enjoyable place.

(Not that the internet ever was or really is free; but it feels good to mention, in the same way it's far more satisfying to piss outside than on a clear autumn night than it is to not risk frightening the neighbors by using the indoor toilet.)
Henry Miller pointed out that some of his most productive writing time was spent strolling through the streets of Paris; and I have found this to be the case for me as well. Journaling, plotting, and planning continue down deep, though the top the of the waters have been still. So, Dear Readers -- those of you who remain -- never fear. Re:visioning and avoiding avoidance culture continues.
I was able to take a short road trip up to Mount Carroll (aka Paint City) for the long weekend. The Travel Angel and I rented a car, loaded it down with camping gear, homebrewed mead, and homemade pickled eggs and hummus, and set off for the rolling prairie lands of Northwest Illinois. Memorial Day Weekend up in those parts means a few things:
Now, to cover:


Back in River City, we've been brewing mead, planting raised gardens, and pondering chickens. This, as I see it, is as instrumental to avoiding an avoidance culture as being on the road.

[CHICKENS: PERHAPS FORTHCOMING]
This time next week I'll be in Virginia, trying to squeeze time in with The Kid as she prepares to graduate High School. Proud as hell of that one. She's an amazing person who I would like even if I wasn't related to her.
And after that: WILLISTON, NORTH DAKOTA to check out the tar-sands. In order to earn the Eden I want in River City, it's necessary to go forth into the world and do something worthwhile. I hope to go to Williston and talk to people, hear the stories, see how progress is hitting a place that was, it seems, pretty quiet prior. Still looking for cheap/free accommodations. Couchsurfing and camping are thus far my avenues of exploration.
I still have chapbooks available for donations to the travel fund. Shortly I'll be unveiling a new project. Stay tuned, Dear Readers. The ride can't stay smooth forever.

Now I will do nothing but listen,
To accrue what I hear into this song, to let sounds contribute towards it. - Walt Whitman
One who excels in traveling leaves no wheel tracks. - Lao Tzu
Last night was the first frost. It wasn't a hard frost; the leaves on the Grandfather Walnut tree in Dave and Julie's backyard didn't lose it's leaves last night like the ginkgo tree next to the old President's Residence at Morehead State University. -- all at once. 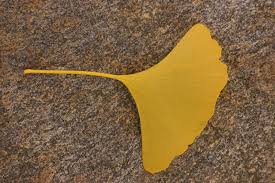 Yes, MSU is my alma mater.  The last time I looked at either of my diplomas was when I had move my shit out of the house on Pumpkin Hill. I never look them. I refused to go through the ceremony to receive them; instead I paid $10 each time and had them mail both my undergrad and graduate degree, since it was cheaper and less time than the graduation ceremony, an ostentatious program which was designed to give the university credit for the work done by students.

The importance of the place extends far beyond the education I worked for while I was there. So many of the crucial thematic elements in my life from the age of 18 to now are tied to that place. It, and all of Eastern Kentucky, occupy a mythic space in my mind.
I've been feeling the cooler weather coming. Late summer stuck around longer than I expected, probably encouraged by the lack summer rain that has all but ruined the corn crop this year. (Don't worry. The agribusiness barons have plenty stockpiled to take advantage of the high price. As usual, only the little guys get screwed. After all, this is America.)

I'm ready to leave Paint City and the time is close. There are only a few things left to wrap up.

On the day this missive posts, my divorce will be final in what I hope will be anti-climatic fashion. And although I probably have taken more literary liberty with her than she would have preferred, I like to think we have managed to finish tearing this thing asunder.

That very same evening -- this is tomorrow, Dear Readers, or Tuesday if you are in one of those far flung time zones in Australia or some such place I am unsure actually exists -- I will cover my last (No. Really. REALLY.) city council meeting. I've met my replacement and he's a scruffy, local guy from Lanark who knows all the principle characters in this badly written (Doris Bork, talentless hack), horribly directed (Doris Bork,  Director) , and incompetently produced (Clearly a Doris Bork Production) melodrama that is Paint City Politics.

I expect it to be a quiet meeting. And then I expect to get drunk, for every good and righteous reason that a man gets drunk on the day of his divorce.

It may not be specifically listed in the Constitution or even the Declaration of Independence, but by GAWD it was surely intended.

I expect that she might be drunk, too. For every righteous reason that a woman gets drunk on the day of her divorce.

A civil divorce is more difficult than you might think. Having experienced both a civil one and a bloodletting, I can tell you this: the bloodletting is easier to wrap your head around intellectually. It makes more sense. A civil divorce, while more mature, rational, and reasonable, never stops feeling contrary to the laws of nature.
But I had one other thing on my list of things to do before leaving town. I've been trying to pick up and learn the guitar... again. I used to play the guitar. Played for years actually. I also played the trumpet, the piano, and BRIEFLY the harmonica. I sold my acoustic -- my LEFT-HANDED acoustic -- before leaving Arizona -- erroneously believing I would never pick it up again. But one of the things I rediscovered here -- primarily because I know more musicians than I do writers -- is that I miss playing music. I never really played in front of anyone. I never even liked playing the guitar in front of Melissa.

In addition to the 5 Minutes of Fame Open Mic I started that is still running strong in the very capable charge of my friend, local artist and all around nifty chick Heather Houzenga, there's also an ALL MUSIC open mic at Charlie's Bar and Grill hosted by local musician Forrest Carter Rische. Forrest is a twice nominated Country Music Bass Player. His kids are all musicians of the highest caliber. His brothers are, too. He runs the open mic with his girlfriend Wendy.

Even though I did get up on stage once after it was over and tell a story that people didn't hate, Forrest would only let me on stage if I learned a song. He said,

"You could do this, I bet. You're around it enough. Learn a song, tell me what it is, and I'll help you."

I don't quite know how to explain how rare and serendipitous it is for a professional bluegrass musician to make an offer like that. And after  told I him I used to play guitar ... albeit left-handed ... he encouraged me further, but suggested that I learn to play what Dave calls "the right way."

So I've spent the last month and half, using spare moments in Dave's basement when he's not practicing or around all that much, learning to play the guitar backwards. I found a simple song to play -- found it on a wobbly songbook blog site. The hardest part of playing backwards -- because that's surely what I'm doing -- are chord changes. Also, I've never tried to sing and play at the same time before. When I played guitar before, I didn't sing. I'm not much of a singer, really. I know enough about music to hold my own in a midnight chorus. Truth be told, I even sort of like to sing, mostly because I know I'm not very good at it.

So I practiced and set the goal for myself of standing up in front of people and singing my song.

This past Sunday I was backed into a corner. Dave and Julie were off running errands. I had some hefty newspaper deadline articles to work on. I didn't want to take Dave's Martin without asking him. I thought about NOT going and had every good reason in the world.

I didn't borrow Dave's guitar. But I went anyway. I told Forrest I had a song to sing, if I could borrow a guitar. He let me borrow one of his... a Martin. I've played an electric guitar before, but that was the first time I'd ever played an electric acoustic. The only wrinkle for me was that I had expected to play alone-- which was scary enough. But it turned out that Forrest and two other guys backed me up. Or played over me. Either way.

Some butterflies before getting up to read are normal. I was scared. Getting up on stage isn't altogether unnatural for me; but I was absolutely terrified. My friend Kerry was there with his son, and Dave walked in as I was starting to play. The bar was all but deserted by the time I got up to play.

And I played my song. Twice. And I loved it. Not because I have delusions of grandeur, but because I love music and I've missed music. If all I ever do is hang around other people who like music and pick around, I'll be content. If all I do is play and sing for myself, I'll be happy. If all I do is learn old songs to play when I'm out telling stories and poems, I will feel myself being released into the universe, dissipated into the air like steam.

It is no measure of health to be well adjusted to a profoundly sick society. - Jiddu Krishnamurti

He has a right to criticize, who has a heart to help. - Abraham Lincoln

The Parsons family are all about working hard and doing what is needed to get ahead in life and be the best we can, and making a good life for our children, and serving our Country. what in any of that have you done or are doing? - Screechy Mary, Gun-running Cousin The autumnal tinge in the air is telling me it's getting time to move on, and so is the calender. This time next week, the local magistrate will have backwards genuflected and any reverse broom-hopping will have been done. My return tenure at the paper will be more or less done --much to the glee of the grumps who are content to strangle the town into the nitrate poisoned dust. As the song goes

The chilly wind will soon begin and I'll be on my way....