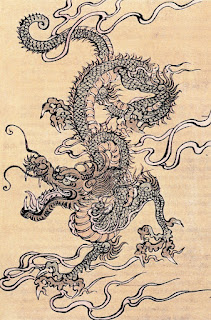 Today is one of those days when I feel the world shrinking, when the the mountain range of things I can't control (always there in distance, like the Rocky Mountains) just laughs at me and my approaching level of incompetence.
I think of myself as a river pebble. Sometimes I get knocked around by the current. Sometimes I bump up against other pebbles, bigger rocks, a fish, a cricket, a tadpole, or a plant. Sometimes the current lodges me somewhere: I get stuck in the mud, or between a couple of other pieces of detached sediment.  But water is as caustic as it is refreshing. And the current is always in flux. Being, as I am, a river pebble, I pick things up as I go. But I continue to struggle against what wasn't passed on to me to begin with.
I really like the house my wife and I live in. It's an old house, and has old house problems. A good many of those problem are things I'm able to fix. Most simple repairs, for example. I've changed power outlets, hung shelves, patched and painted walls.   Replaced toilet seats.  These are things I've picked up over the years: like changing a tire, a battery, or the oil. I know a little about a lot of things, actually, which makes me at least moderately useful maybe 80% of the time.
But the things I do know stand in relief against all that I don't.  And while I try not to dwell on the reasons why, since the slim difference between a reason and an excuse is a dollop of self-pity,  the fact is it's difficult not to track it back.
My grandfather, my mother's dad, was a carpenter. He smelled of saw dust, coffee, and nicotine.  He used to scribble little projects on scraps of paper, pieces of paper towel. I used to sneak into his workshop just to smell the smells. My old man ran a jet repair crew in the Air Force; he knew how to work with his hands.  There was a wealth of knowledge there that wasn't passed on. I don't know if any of it would have interested me, but I wasn't given the chance to reject it, either. I was a sickly kid and protecting me meant keeping me away from certain things.
The things I HAVE learned, I sought. And I do think there's something to be said for being the active seeker of knowledge.  But there's something else about the heritage of knowledge.   I've had a lot of teachers over the years, but it's difficult to trace what I know down to a single heritage.
In the Chinese tradition of Zen, heritage matters. It's how teachers become teachers; the monastic certificate program.  The master discovers who the next in line is and, through a ceremony , the dharma is transmitted and a new master in invested. And depending on what school you look at, the issue of heritage matters.   Heritage gets a bad wrap in America because it's been all wrapped up in nationalism and narrow views of patriotism.  Heritage and tradition have become tropes, and our culture chases them like they matter.  Whether it's being a Harvard Legacy, a third generation Teamster, a fourth generation military volunteer, or a trust fund baby, we chase heritage like it matters more than the life right in front of us.
Maybe it's because we're a country of mutts. Those inbred Aryans -- the Proud Boy incel types who think blood heritage matters at the expense of common sense and history -- chase heritage like merchant social climbers Jane Austen is still read for writing about.  Our need for a royalty formed out an imaginary meritocracy makes us chase celebrities and social media "influencers." Maybe we do this because we're more than a dozen generations past the place where most Americans  can easily trace where they come from and we're stuck with 23 and Me.
The good thing is I'm still not scared to learn.  And that's a kind of dharma, too.
Posted by DirtySacred at 12:33 PM
Email ThisBlogThis!Share to TwitterShare to FacebookShare to Pinterest
Labels: dharma, heritage, Proud Boys, social distance diary, Zen

Nice, if chilly, walk to a neighborhood coffeeshop. True, there was a Starbucks closer, but I wanted to find something local, something of the neighborhood, before I head downtown. Breakfast, along with a triple shot cappuccino, was a plank of avocado toast -- lemon juice, red pepper flakes, and sea salt. Delicious.

Spent a significant amount of time yesterday afternoon learning about the terroristic activities of the Portland area Proud Boys and the long tradition of racism, Sundown Laws, bigotry, and violent exclusion in Portland.

Sadly, it echoes of home.


Apparently they are rolling around in groups looking for people to attack... specifically people who don't prescribe to the Proud Boy (read: fascist) ideology of gender normative dress and behavior. At least one member of the Trans Community here  has already been put in the hospital.

All the camps here are arming themselves, and all it will take it one dumb scared kid from either side to mishandle a firearm. It was pointed out to me that the Proud Boys are out numbered. It was pointed out to me at least three times. But the cops never fall on the side with Antifa. They tend to call this neutrality, or adherence to ensuring the law applies to everyone... but that falls as flat on an intelligent ear as the late night station guards insistence he is ticket checking everyone "regardless of what they look like."

America's savage and tribal underpinnings are being exposed like old tree root systems are exposed by heavy rain and flash floods.

But the water isn't going down any time soon.

Flowers blooming in South Portland
while workaday folks carry on.
Wind off the Willamette and Columbia
lay bare rusty bones
leaving us all standing on sand.