Letters from Trumplandia: Politics and the Phenomenon of Craving

A.A., like any other organization dedicated to a single idea, has it's own mantras and jingoisms. The Serenity Prayer has been co-opted by our culture -- especially the part about asking for courage to accept those things we cannot change, since it pretty much feels like no one has control over anything pretty much all the time. One Day at a Time and  Easy Does It get tossed out at regular intervals by a fairly large cross-section of people -- larger even than the cross-section of people who are among the 10% of people who have that particular allergy to booze that makes us one day either get to a meeting or crawl into a ditch.
As a culture, we like mantras and jingoisms. They reduce complex ideas  down to sound bites that are easier to chew on. We like to be able reduce our moral, ethical, and spiritual life down to easily marked and remembered catch phrases that will rise above the one-liners advertisers throw at us to get us to buy the Next New Shiny Thing.
And since is a Political Season -- November 6 being an election day -- we have been further bombarded, traumatized, and had our central nervous systems cauterized by political ads. Incumbents who want to keep their jobs. Up and comers who want to unseat the incumbents. And we are being extolled, ONE MORE TIME, that this election, is The Most Important Election of Our Generation.
If you're wondering why I started with Alcoholics Anonymous and led into the election, it's pretty simple. It's what we in A.A. call The Phenomenon of Craving. An alcoholic drinks and the craving kicks in and there is no common sense that will make us stop.  Politics, and the emotional urgency its dealers push on the American people -- nearly all of whom are drunk on one brand of politics or another (that includes the politics of apathy) -- kicks in that Phenomenon of Craving. We can't help ourselves. We drink in that sweet, intoxicating moral urgency and sense of mission that will disappear as soon as the election results are in and we are all, once again, pressed with our individual tyrannies of the present that will drive back into the intoxicating arms of mantras, jingoism, and name-calling --
all while the Laughing Boys who are in charge and will most likely continue to be in charge regardless of which political party you hang your hopes on carry on making us hate one another so we're too busy seeing what the hell they're doing.
Common sense, in both cases, is roundly ignored.


My politics of choice and experience tends to fall somewhere near the Far Left -- though not far enough to swallow every last drop in the bottle. My politics and my world view are probably best described by old radical standard (that fewer and fewer radicals know anymore),  The Internationale:

I've sang The Internationale drunk in a room stock full of well-intended liberals who fantasize about fighting fascists but never will. I've sang The Internationale sober with all the sad passion of Amazing Grace, waiting for God to tell me if I really need to fight, if this cup is really mine, or if I'm just one more vainglorious sap who is hoping for victory against the cyclical tide of historical implosion. I've sang The Internationale in a room full of unionists who barely knew the words and who probably would have refused to sing if they'd known where the song actually comes from. I've sang The Internationale with friends, drunk on bourbon and dizzy on didactic rhetoric -- only one of whom I actually believe could take on the fascists as a personal mission for the Almighty... and woe to them if that ever actually happens. I have sang The Internationale but I have never seen the collective fraternity, community, or egalitarianism it is supposed to represent... certainly not on the Left and never, ever, in all my years (including the ones growing up in the ultra-conservative Rust Belt) on the Right.
And that is why the Radical Left is losing and why, if they don't rethink strategies that isolate them along ideological lines so tenuous that the lists of enemies is longer than their lists of friends and comrades, they will continue to lose.
There is no moral urgency to this New Wave Fascism. The sense of inevitability people feel -- and believe me, people on all sides feel it, especially those that cry out against it from every social media corner of the country --  that causes them to call this election one more Most Important Election of Our Generation comes from something much deeper, something more dangerous, and something more profane.
It springs forth from the shadow heart of us all, the evil that will not die until the last trumpet sounds and against which we have been fighting since man's evolutionary ancestors developed enough cognitive ability to dream darkly and to commit their hands to making those dreams happen.

So drink up, my friends. I'm not saying not to vote. If you still have the right to vote then you should, if for no other reason than to prove the cynics and oligarchs wrong. But Easy Does It. We need to take these days One Day at a Time, but it helps to be on the look out for that hangover. Because in spite of the jingoism, life will march on after this election is in the books.

And.. get to a meeting.
Please check out my work for sale on Amazon.
You can also throw a little in the tip jar:
Posted by DirtySacred at 11:09 AM Links to this post
Email ThisBlogThis!Share to TwitterShare to FacebookShare to Pinterest
Labels: 2018, DNC, drunk, election, fascism, GOP, Letters from Trumplandia, Local, mid-term, New Wave, oligarch, Phenomenon of Craving, Politics and the Phenomenon of Craving, state, The Internationale, Trump, vote
Location: Louisville, KY, USA

Baboon in the Bluegrass: The Saga of Charlene and Marlene (Ashland, KY)

"If a man be gracious and courteous to strangers, it shows he is a citizen of the world." -- Francis Bacon 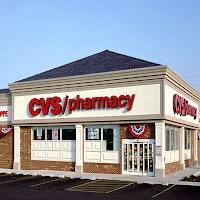 This was the day before yesterday, Sunday. I'd run out of deodorant, soap, and shampoo before I left Willow Drive. And while I don't mind a little stink, I do try to ward of the human stain when relying on the kindness and the couch of friends or family. So that meant a trip to the drug store.

Liz was gone a large part of the day, taking Mike's mother to a casino near Charleston, West Virginia. I spent the day writing, hanging out with Mike, watching snooty English Dramas, and watching him recover from hangover. We spent Saturday evening relaxing, visiting, drinking, and singing L'Internationale. Mike drank more than I did and passed out -- but not until he went about drunk dialing some people, like friend and poet Misty Skaggs, and his sister-in-law. He was polite, and almost... almost... apologetic to Misty. To his sister-in-law, Mike said
"Your pussy stinks like turpentine."
Then he laughed hysterically. And so did Liz. And so did I.
He survived the night, drank some water the following day, and was just fine.


When Liz came home, she ran Mike and I up to CVS. My plan was to buy travel size supplies. Not only would that save me money, but a little space in my sack, too. Walking into the CVS, I felt like I was walking into a department store. It had been a while since I walked into a pharmacy that big. Seriously. The Pharmacy Center in Mount Carroll could've fit in a corner of the Ashland CVS. And yes, I have lived in more populated places with larger drug stores, grocery stores, liquor stores. Yes, I know. And that I was, for the briefest instant, struck with confusion at the sheer amount of choices I had to choose from, sounds absurd. And it is absurd. That I can walk into a drug store on a Sunday afternoon and get everything from flip flops to dental floss, from Ramen Noodles to Roach Killer, from batteries to bubble bath, strikes me as


Everything except beer. Kentucky Blue Laws made THAT impossible. Bastards.

After my eyes grew accustomed to the glow of the fluorescent lights, I quickly found soap, shampoo, and deodorant. I also bought some disposable razors and a travel sized can of shaving cream so that I can trim back my beard... or at least, shave my neck.

It's good, sometimes, to try and look human... even if I often wish I wasn't.

Liz and Mike picked up a few things and we prepared to check out. As we did, we first ran into a woman trying to maneuver two shopping carts -- one holding an infant in a carrier, the other for shopping. She was clearly having a difficult time, and the construction of the CVS carts weren't working in her favor; the carrier was too big and the carts were too small. She finally managed to push both of them towards  the shampoo aisle. The baby was surprisingly silent.

At the moment we were about to step up to the register, Liz was then accosted by an older woman who seemed to know Liz.

"... and you know what," she said. "I'm still living with that son of a bitch and he's got some woman that sleeps over."

"Is that right?" Liz asked.

The woman -- who we found out was living with her ex -- was clearly irritated by the situation. She was tense and shaking. and even behind the granny thick glasses -- which was framed by wiry, frizzy graying black hair spots of white that looked like extensions of the crows feet and frown lines dug deep into gray face --  it was obvious that the woman was tweaking on something. Crack or redneck cocaine* or maybe even meth... anything was possible.

"And you know what?" she went on. "Last night, that woman climbed into bed with ME. Can you believe that?"

"Is that right?" Liz asked.

"Well, you know what my daughter said..."

"She said I ort ta reach over an GRAB something!" The woman reached out with bony vulture fingers and grabbed the air as if to demonstrate how she might just go about grabbing... uh... something. (Additionally, the mental image was not at all pleasant.)

We paid for our purchases and left. The woman walked out with us, still talking to Liz about grabbing a piece of the woman who crawls into her and her ex's bed. Once we hit the parking lot, she made for an old model white and blue Ford F150. We got into Mike and Liz's Chevy Aveo Sedan.

"Who was that?" Mike asked as we got in the car.

"I don't know," Liz said. "She just started talking to me like we were in the middle of a conversation."

"Well, honey," Mike said. "Looks like you made yourself a friend."

"I bet her name is Charlene," Liz said, laughing.

"And I bet she's thinking you're someone she knows," I said. "I bet she thinks your name is Marlene."

[If you like what you read here, you can help by:
Thanks for reading.]
Posted by DirtySacred at 8:54 AM Links to this post
Email ThisBlogThis!Share to TwitterShare to FacebookShare to Pinterest
Labels: #amtrak, #greyhound, #grindbone, #mickparsons, Ashland, Baboon in the Bluegrass Part 6, Eastern Kentucky, Kentucky girls, The Internationale, The Saga of Charlene and Marlene, travel
Location: Ashland, KY
Older Posts Home
Subscribe to: Posts (Atom)