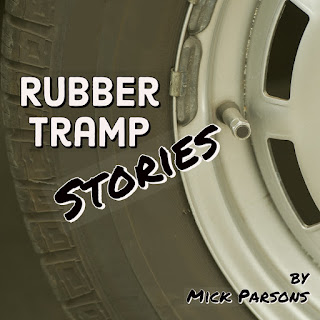 I met a hobo once, through a mutual friend. He came in on a southbound CSX and hopped off about seven blocks from my house, near a McDonalds.

The only number he had was my friend JP's number. Naturally, JP called and invited me to hang out at his place in Middletown. He was always wanting to show me his world -- the world of trains and hobos. I've never met a man so in tune with his world vision, so able to bridge the connection between belief and action. Nearly everyone has ideas. Very few people actually live them. And while I think I'm not shabby in that particular area, I always embrace -- even if I am sometimes amused and/or frustrated -- by his attempts to educate me.

Although I can't prove it, I think sometimes he thinks because I've spent a good deal of my time in school that I haven't lived.  This point of view isn't a new one, and in his case it isn't rooted in the usual good ol' American anti-intellectualism; no, for JP, the fact is that formal education abandoned him and he's managed to be a pretty well-read and self-educated guy anyway. But when he called and told me I needed to come meet his friend, I knew what he really meant.

He meant "You're never going to believe THIS motherfucker." 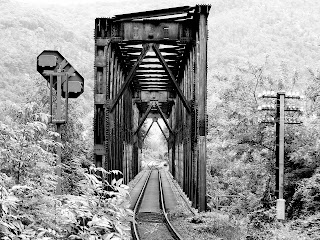 plenty of others.  And no, I haven't hopped trains -- mostly because a part-time hobo with a house out in Oakland named Dirty Face told me, without skipping a beat, that I was too old to start at 42. But I have done my fair share of traveling... as what the old timers would call a Rubber Tramp. When you travel off the beaten path for any length of time, you end up meeting some really interesting people... ones that I wrote about

So made it over to meet JP's hobo friend. I'll call him D. D is neither his given name nor his hobo name -- yes, that's a thing. He was still a little jumpy by the time I got there, but he'd had a shower and JP fixed him a plate and some coffee.

D talked primarily about two things -- a friend who died and his graduate work in Para-psychology. His friend died when he got trapped under an unstable load on a train he'd hopped. He was usually pretty smart, D said of his friend. But sometimes it just happens.

He was more animated talking about his graduate work. He was writing a book, he said. The whole basis of his thesis was that happiness is infectious, and if he just tried to get people to smile, that it would make the world a better place. I pointed out there was something very sociological about that and D shook his head. It was about the spirit, he said. And people, he said, almost always get that shit wrong.

People act like the big spirit is in the sky, he said. But really, it's under our feet. He told us about his epiphany, about how the Earth is hollow and how there's not a molten core at the center, but a city where a beings of a higher plane live.  People keep looking up for inspiration, he said. But all a long it's under their feet. Like tree roots.

I hung out for a little while. We talked and listened to Sun Ra records and drank coffee. But then it was time to go. And while I can't quite get behind the idea that the Earth is hollow, I found myself paying a bit more attention to the terra firma.

[Check out my friend JP's work here. It's good for your soul. I promise.]