Yes, it could be worse. My ankle is on the mend, and we were able to get the roof fixed. Springtime in Kentucky means that my allergies, like most people's, have kicked into high gear.  That's the reason I'm not posting a new episode of  Record of a Well-Worn Pair of Traveling Boots; I'm coughing a little too much and my voice isn't its usual, harmonious self.   I'm looking forward to getting back out on the road and having new stories to tell, and I'm hopeful that maybe sometime in this summer I'll be able to do just that.
Don't worry, though. I'm just taking a break this week from my regular episode and the Patron Only Episodes available on my Patreon Page.  I'm planning on being back in a week or two with another story from my recent or not-so-recent travels for both the regular episodes and the Patron Only Episodes for the month of May.
The pandemic has brought a lot things to the surface: sheer stupidity on the part of protests with dubious ties to right wing gun's rights and ultra-conservative groups; the best in human love and compassion for one another; and the worst, selfish behavior from hording of everything from toilet paper to tofu and a total disregard for health care workers and the people who really do create the wealth in this country. (NOTE: not anyone represented on the President's "re-opening council.")
But one thing that's actually been happening for a while is that well established independent literary presses are in trouble. Late last year, one of the larger independent presses that I very much admire used a GoFundMe to publish collection of poetry.  In today's mail, I received a letter from another independent press of goodly size, inviting me to a monthly membership: 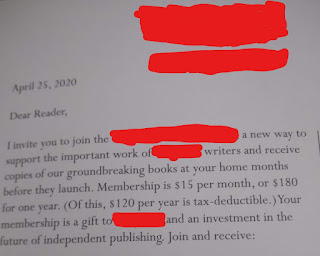 I get it. I really do. It's the same thing I'm trying to do over on my Patreon Page, with my podcast, and with various other writing projects over the years. From what I can tell, there are quite a few people who believe my work is pretty good.  They visit my blog, they visit my Instagram, they download my podcast. True, it started out as my circle of friends, but people are catching on.
So why do I ask for support? Why don't I just publish a book with some established press?
Well, I hope to. I really do. Although I'm a massive proponent of self-publishing, I also think the established publishing paths have their worth. Where I tend to differ from a lot of writers and artists is that I don't reject one in the name of the other. This does present some problems since pretty much any poem I publish digitally or in a pamphlet won't even be considered by most other journals, magazines, or online publishers. Some of that is a copyright issue. Most of it has to do with a hold over attitude dating at least to the 1920's about who will be able to claim to have "discovered" someone who might someday be famous... as famous as poets get, anyway.

And yes. If editors are being honest, their bias against republishing already

ideas about the "vetting" process of publishing.

This bias has kept most of the traditional publishing lanes open, with the help of that same snobbery being adopted by most of the grant and fellowship foundations that offer some kind of stipend for doing the work.
And yet, I find myself wondering what the difference is between a press that uses a GoFundMe, another that offers a monthly membership, and me?
Nothing. There isn't a difference at all.
But the larger question then becomes not just about me being able to pay my mortgage. I'm one of many upon many of artistic voices. And I believe all the voices should be heard.  Who's job is to support the work of being done now? And what is the nature of that support?

forums... is because I believe  my work, like me, lives mostly on the currents.

This isn't to say that I think it lacks "value," or that I even think of my work as something that needs to be defined in terms of  "value,"  I put my work out on the wind because that's where all words go, whether they're Art or not. Might as well give the meaningful words a chance to breathe, too.
About 10 years back, when I was passing around the manuscript of a novel that's never seen daylight... a crime noir-ish thing called Toxicity ...  an agent who wrote me a very nice, personal rejection letter pointed out to me that in any given year more than ONE MILLION books are published and that less than 1% of those are new, still living authors. This was before epublishing, of course. I'm sure that taking into account the number of writers who publish ebooks exclusively on Amazon, for example,  there are significantly more new writers publishing every year.
But making it easier to publish a book doesn't make it any easier to be able to pay the electric bill, or to fix a leaky roof.
Most writers I know hustle to sell their own work, just like most of the musicians I know. As a matter of fact, there are more artists hustling for themselves now than ever before because the tools to do so are easy to use, generally accessible, and (for the most part) available at no cost.
That also means that

the time we spend hustling, we aren't making art .. a situation that, over the long term, can be self-defeating.

So I hope you'll take that into consideration. Living artists need to live. That includes me, of course. But there's a lot of us. After you've wandered over to my Patreon Page, take a look around on Patreon and wherever you spend your internet time. There's good work being done. Please support it.
Posted by DirtySacred at 3:14 PM
Email ThisBlogThis!Share to TwitterShare to FacebookShare to Pinterest
Labels: #GIVINGTUESDAY, patreon, Poetry. Art
Location: Louisville, KY, USA

A word about Patreon -- thanks for your support!

If you like what you're reading here, I have work for sale on my amazon author page:
www.amazon.com/author/mickparsons
Posted by DirtySacred at 11:52 AM
Email ThisBlogThis!Share to TwitterShare to FacebookShare to Pinterest
Labels: art, culture, Mick Parsons, monthly support, patreon, Patreon Video #1, patrons, support, video, writing

Synthesis and (never) forget it 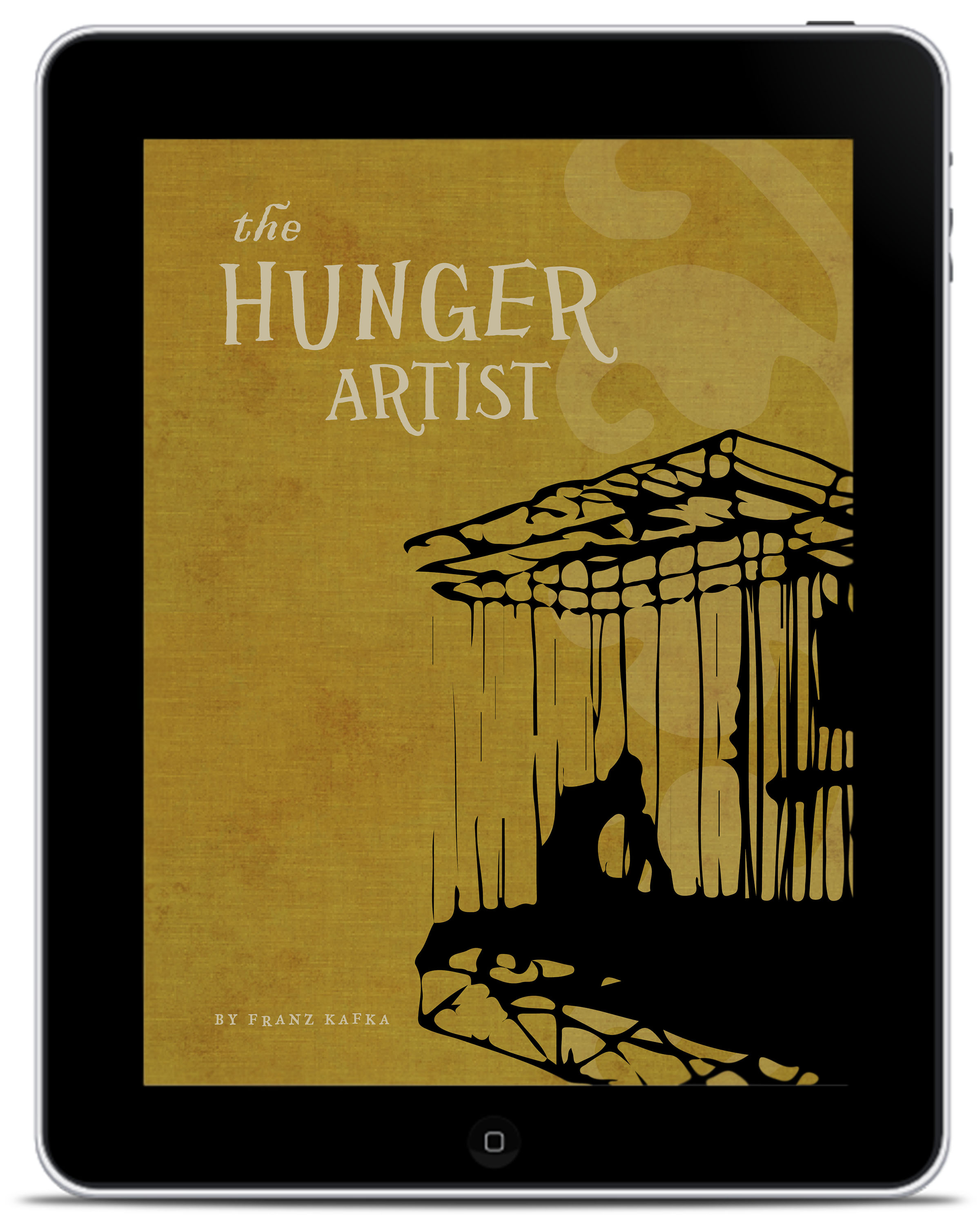 Poetry is the synthesis of hyacinths and biscuits. - Carl Sandburg

Ain't no money in poetry, 'cause that set the poet free. Well I've had all the freedom I can stand. - Guy Clark


My old high school guidance counselor, at least two different college academic advisors, and more well-intended but reductive thinking givers of advice have regurgitated in my general direction that statement often attributed to the father of the pedantic fortune cookie fortune, Confucius. This statement is, of course, complete and utter bullshit; but it sounds good when intoned in the ear drums of tween, teen, and college age (and older) "lost" kids who haven't chosen a path to tax-paying socially defined success.  The caveat is, of course, that whatever job it is that you love, make sure it's something reputable and reductive so that when people ask you what kind of work you do, your answer doesn't challenge their basic assumptions about the nature of the life, the universe, and everything.

Of course, everyone likes a writer. Everyone likes a musician. But when either a writer or a musician has the temerity to expect to do what they love* for a living, we are told that's all really cool and all but shouldn't you just love DOING it? Isn't art for its own sake enough?

Art for art's sake is a nice argument for the wealthy class. But it doesn't address the truth that for most of us to create art for its own sake, we have to spend eight or more hours a day NOT CREATING ART and doing something we don't love -- and really, in most cases, don't really like.

But, I still continue to look a jobby-job** in order to do my part for the Parsons/Hay household. As I look for stable work in this "recovered" economy*** I keep running up against the same issues:

So when I'm not looking for work that I know I will neither love nor like enough, I spend my days down in the basement, writing, podcasting, and looking for ways to use my various talents to earn a little scratch.^ As such, I'm making a few changes to my blog that will hopefully enable me to help keep the lights on and food on the table.

If you are a regular reader, you will notice a few changes.

One of the perks of that dedicated content is that you'll get the first whispers about my new projects... including the new podcast that it currently in pre-production.

If you like what you're reading here, I also have work for sale on my Amazon Author Page. Thanks for reading!