Working out: faith, floundering, and the limitations of mixaphors

If any man make a vow to the Lord, or bind himself by an oath: he shall not make his word void but shall fulfill all that he promised. -- Numbers 30:3 (DR) 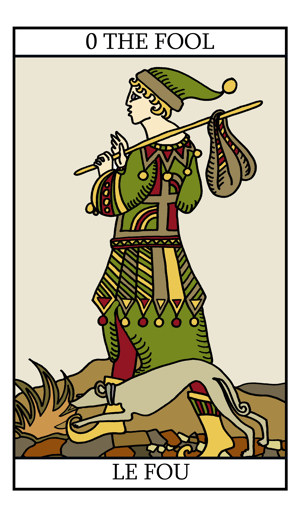 When I was 14 I gave my life to God. It's important, for what comes next, to understand what I mean by that. I don't mean that I was baptized. Actually, I was dunked, by choice, at the age of 9. Church leadership was so skeptical of my sincerity and earnestness that I was required to participate in a series of tutorials with our minister, Dan Pence.

This experience isn't unusual; many protestant denominations require some kind of confirmation classes prior to being baptized. Though this process was never really explained to me, I've come to see it as one of those few, formalized echoes of a rite of passage -- something else I was never really told about and had to learn about through the books I read as a kid, through literature, and through my own study as a teenager and adult.*

The decision to go and be baptized, to make the confession of faith, was something I did with as much honesty and sincerity as I could -- though I later came to the conclusion that it was as much about finding a level of acceptance in some community or another rather than religious inspiration.**

When I was 14 I attended a Christ in Youth Conference in Tennessee with other kids in my church youth group. The experience was designed to be intense, focused, and, I think, intended to manipulate those attending to embrace a conservative style Christianity that has borne dangerous and distinctly unChristlike fruit.

The night I walked forward and committed my life to God, the sermon focused on Ephesians 6. They focused mostly on verse 13:

Therefore, take up the full armor of God, so that you will be able to resist in the evil day, and having done everything, to stand firm. (KJV)

Even then, I wasn't entirely sure that my reading and understanding of this man Jesus had any similarity to the medieval reflection I was being presented. Jesus the man I found in my own readings hung out with the botched and the despised*** -- with lepers, prostitutes, and tax collectors -- with the same sort equanimity as he had with religious leaders and the powerful. The only sin he raised his hand to was greed, when he forced the money changers^ out of the Temple.

For me, the part of Ephesians 6 that stood out to me was not all the sword and armor metaphors -- but the previous verse:

For our wrestling is not against flesh and blood; but against principalities and power, against the rulers of the world of this darkness, against the spirits of wickedness in the high places (DR)

This made sense to me, and it seemed more like this man Jesus I was trying to emulate and learn about. He did not covet power. He did not want power. He questioned power. Central to his teachings was a code of behavior that included not only being kind to one another, but questioning those who claim to have a better idea of what's right and wrong than you do.

When I felt compelled to walk forward and commit my life to God, I was not entirely sure what it meant. But again, it was honest. And while I have rejected the formal religion of my childhood, I am finding myself more and more comfortable with calling myself a christian -- i.e., a follower of Christ. I'm increasingly less interested in worrying about the state of my soul than I am the state of the life I'm living and whether I'm doing anything of use to others, although I have had my own journeys and made my own mistakes and done more out of selfishness than any of the few little bits of hopefully good work I try to do.

That's not to say I'm embracing all the notions that often get attached to the label "christian." I disagree -- sometimes vehemently and with a lot of passion, cussing, and carousing -- with nearly all of the positions taken by mainstream conservative churches.  What resonates for me on this journey is this:  I am far more interested in the actions of the man Jesus than I am in praying for the salvation of my soul. My soul probably has too much demon in it^^ to bother, and anyway, I'm not interested in embracing a life of faith out of the same fear-based need for acceptance that, in part, drove me to baptism before I was ready for it.

I am far more interested in trying to do good and have a positive impact on my world. I'm still trying to figure out how to do that. But I suspect that's the point.

__________________________________________
* Other than every Marvel/DC hero movie/TV show I watched as a kid, I was first really keyed into the notion of the hero's journey and other rites of passage by Stephen King's The Dark Tower books. After that I started seeing it everywhere and even recognized it in the imaginative play I engaged in when I was younger. Then I And then I found Joseph Campbell and was introduced to epic poetry like Gilgamesh and The Odyssey. And other than in narrative theory books, and in the occasional fiction workshop, it was not much discussed during my formal education.
**This proved to be a problem later when I found my own faith lacking in the absence of how I had come to think -- in very reflective ways -- about the nature of grace. It eventually led to my separating myself from formal religion entirely.
***The church I grew up in worried less about this man Jesus's humanity than whether the Methodists or Baptists were going stealing away future congregants. Yes, Blair Pride. I remember ye.
^Think credit cards -- where you borrow money and then pay it back at a high rate of return to the lender. Sometimes called usuary.
^^One of the things I've learned is that I have to embrace that, too. If we really are made in the image of God, I suspect the likeness is more about the soul than God looking like Gandalf, the White Wizard. And if that's true, then God wrestles demons, too.

If you like what you read, please consider helping support the author. Thanks for reading!