Gator People Live in The River,1: The Knife

“I travel not to go anywhere, but to go. I travel for travel's sake. The great affair is to move.” -Robert Louis Stevenson

“A journey is like marriage. The certain way to be wrong is to think you control it.” – John Steinbeck 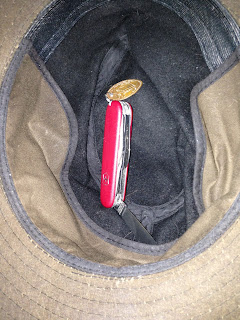 Chicago is one of the major intersections on the Greyhound Map. St. Louis, Dallas, and Nashville are a couple of the other ones. Nashville is a grungy, badly kept station, much in the same way that the station in Vegas is grungy and badly kept. Part of me thinks this is deliberate. In Vegas, of course, you're only at the Greyhound Station near the nostalgic Fremont Street experience because you lost. Vegas winners do not leave town via the bus; and any potential winners that roll in that way realize quickly it is no place worth returning to. In Nashville, it's entirely possible that they keep the station looking, feeling, and smelling like a set from a George Romero zombie flick because

That's my theory, anyway. Don't get me wrong; there are plenty of terrible bus stations, and some nice ones, too. St. Louis is nice because it's new and because they police it in order to keep the riff raff (ME) from taking up semi-permanent residence.

The Harrison Street station is one of the nicer ones, too. The food isn't great and it costs too much. But that ought to be expected. On the other hand, the men's room is kept pretty clean and I have yet to walk into any back stall romantic embraces.

Mobile, Alabama. Yes. There is a certain smell to man on man intercourse that, try as I might, I will probably never erase from my sense memory. As a writer, I struggle even to try and describe it, in spite feeling guilty about subjecting you, my Dear Readers, to such knowledge. Lucky for you, I can't even muster the language.

The problem with the Harrison Street Station is that they have instituted TSA style bag searches prior to boarding... at least this has been the case the last couple times I've been through. I'm still unclear as to what the powers that be are thinking. If terrorists are going to blow something up, it's not going to be a bus full of poor people... not even to make a point. Because while a terrorist might posit that there is no such thing an innocence, any terrorist smart enough to put a bomb together knows enough to know that this government doesn't give a damn about the poor.

But this IS the Post-9/11 World, after all... which means that even if the terrorists -- whoever the hell they may be -- don't think the poor are dangerous, clearly the power mongers happen to.
And so, I had to once again consent to a search of my ruck and a wand sweep.

The problem was, though, I was technically carrying contraband -- my pocket knife. On my last trip outbound from Harrison Street, I didn't have a pocket knife. It's a nice one, too. A Christmas gift from my brother.

My brother is not one to go gushing about something as non-objective as feelings. This often leads some people who don't know better to believe that he doesn't have them. The knife, while it was something I had put on my amazon.com wish list, was something that probably only he would give me. We may not as close as some people suppose brothers ought to be, maybe, but we do understand one better than most people understand us.

Back when I was in the middle of a blood and guts divorce from The Kid's mother, my brother gave me watch. It was a simple one, with a clock face.

I prefer the quirky personality of a time piece to the cold and dispassionate visage of a digital hour marker. A regular clock face, with the steady sand sweeping second hand, helps me to remember that I am sweeping along, a tick at a time, that time is doing the same, and that we each move at our own individualized pace. A clock face also reminds me of the cyclic nature of time, of events, and that these hours will both perpetually return while at the same time never come back again. A digital clock makes me feel like I'm racing to the grave. Yes, I realize they both serve the same basic function. Dirt and a 20 ounce porterhouse steak can serve the same function, too. You can eat both and get full. But one is still preferable.

The pocket knife and the compass he gave me that year for Christmas -- the compass is too nice to travel with but a fine piece of craftsmanship I cherish -- were, on his part, a recognition of my impulse to move. Not just travel. Move. Movement unwinds the giant knot in me that in a way that coming up out of the water for air fill the lungs. Of the two, the knife is the most pragmatic and has been the most used. One of the first people I truly unloaded on about splitting with Melissa was my brother -- again, not because we sit around and talk about our emotions, but because, well, he's my brother. And having to deal with certain stupid family politics I have learned that while we don't talk often, it matters more that we are brothers than whether we are friends.

I was not going to give up the knife without a fight.
<
I also could not afford to bail myself out out a Chicago Jail.

The thought crossed my mind to hide in my rucksack. But they actually OPEN any bags that are not stored under the coach and I will not store my rucksack under the coach. That's how you end up in Lexington,Kentucky and your shit ends up in Detroit.

I didn't want to risk leaving it in my pocket for the metal wand to detect. Then I noticed that when another man took his ball cap off and put his wallet in it, the station security guard did not sweep his hat. Only the length of him from his armpits to his knees.

My oil-cloth travelling hat has a flap on the inside that is theoretically for cooler weather. My noggin is too big for that to be use in it's state capacity. But it occurred to me that I could palm my knife inside the hat, while piling the rest of my pocketed stuff in. The hat is crushable, so holding in that fashion would not be difficult to explain if I needed to.

So that's what I did. And it worked. The woman who was waving the wand didn't give my hat -- which had my wallet, some loose change, my travel journal,my cellphone, my lucky rock and Illinois buckeye, and a small pendant given to me as payment by my friend Heather Houzenga for street-calling poetry in it -- a second look. When she turned to the person behind me, I quickly palmed the knife and stuck it back in my pocket. I'd gotten away with it.

The other security guard had trouble unknotting my rucksack. Feeling safe and wanting to speed things up, I set my hat on the end of the small rolling cart and unbuckled and untied my rucksack. She dug around a bit, felt up my poncho pack, and was satisfied. I retied and rebuckled my blue rucksack and slung over my shoulder.

As I did, she moved the cart and my bag (probably)n hit my hat -- sending everything in it flying. The phone was unharmed (thanks OTTERBOX!) and I recovered everything. Eventually. The security guards and the people immediately behind me in line laughed. They found my lucky rock, my Illinois buckeye, and the distinctly feminine pendant quite funny.

I boarded the bus, glad to have gotten past the late night search. I found it interesting that they didn't ask me to open my guitar case, which I also DON'T put under the bus. But I didn't ask them why -- even though it's been mistaken for everything from a violin to a submachine gun.

I did end up not getting back all my loose change, however.