Ontology and Texas: Vacationing and the Traveler

There is nothing more grotesque to me than a vacation. - Dustin Hoffman

How often I found where I should be going only by setting out for somewhere else.  - R. Buckminster Fuller 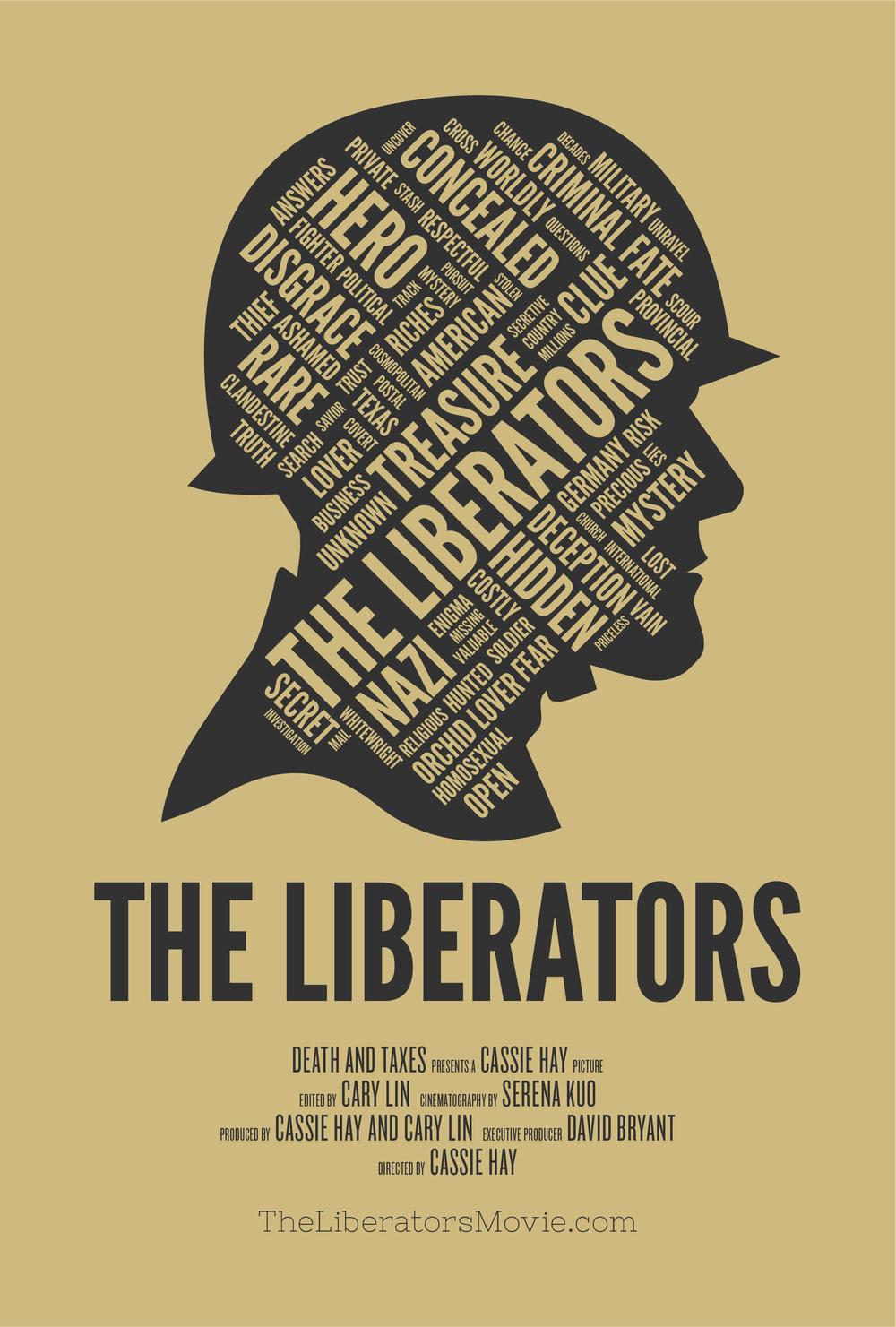 My angel asked me if I miss being on the road.

Anyone who has met me in the last couple of years has only heard me talk a little about my urge to travel. I don't get out as much as I used to, and when I do there's more of a deadline than when I was chasing after the Nomad Nation a few years back. I suspect that many people who have only known me over these past couple of years have a difficult time imagining me wandering across the country and the countryside, with only one more temporary destination in mind, but open to the possibility that another will be just as fine or better.

When Amanda asked if I would switch up how I portioned my time and stay with her more than I was on the road, it was an easy decision to make, and I don't regret it. I like to think she doesn't, either.

But when we announced our intention to go down to Austin and visit her brother and his family, a few people who DID know me back when I traveled pointed out that I must have been excited to travel again. My mom, knowing full well that my itchy foot* hasn't dulled, it's only semi-restrained, asked if flying to Texas would quell the itch that apparently everyone including the eerily accurate Pandora algorithm noticed.

It was a good visit. We arrived in time to see my sister-in-law Cassie's movie, The Liberators premiere at SXSW. We were able to visit a tiny house village for the formerly homeless being built by Mobile Loaves and Fishes.  I was able to touch the first draft, with author's revisions, of Gabriel Garcia Marquez's One Hundred Years of Solitude. Most importantly, we were able to spend time with family that we don't get to see often, and I was able to meet more of the extended relatives in Cassie's family.

The truth is, though, that while I did enjoy the trip and enjoyed Austin** mightily, the trip did nothing to scratch my itchy foot.

I could blame flying***, or I could blame my perpetual (and familial) issue with the freestanding Republic of Texas. The problem is much less dramatic, however. After the third day, I pointed out to Amanda that I was starting to feel like we were there too long -- you know, Dear Friends and Readers, that old rule about visitors and fish -- she clarified the issue in her usual direct manner.

She told me "You don't vacation very well."

It's true. The problem presented itself even before we left River City, when I was trying to pack. How does one pack for vacation? I understand how to pack to live out on the road for 3 or 4 months at time, or longer. But vacation? You're generally expected to have enough clean changes of clothes, optional nicer looking clothes for special occasions. Right? Swimsuits? Flip flops? Where do I stash my emergency fire starter? Oh, right, that doesn't fall under the list of acceptable items for carry-on luggage. Pocket knife? Nope? Medicinal bottle of bourbon? No bottles bigger than 3 ounces. What about my blanket, and emergency warm layer in case I hit cold weather, and my poncho that can also double as tent (with camping rope or clothes line... neither of which is TSA approved for carry-on luggage.)?

There is an ontological difference between traveling and vacationing that many people take for granted. Traveling is, in itself, the purpose the trip. It's true that travelers stop places and see things and meet people, but the momentum is the point.

Other the other hand, the destination is often the point of a vacation. Also, the fact that a vacation is, by definition, time taken away from something else -- from job, from the usual schedule -- places a different premium on the time. An hour is always just an hour, but that hour earned (or stolen. or bartered for) on the job creates a focal point for energy and intention. You're supposed to fill the hour with as many activities as possible and take pictures so that you can go back to work and show your co-workers, many of whom were probably cussing about you since they had to pick up your slack. Vacation implies a finite amount of time during which the vacationer "de-stresses" or "re-centers" or "drinks like the fish he was born to be."

Traveling may include any, all, or none of those things, except that the time isn't taken. It isn't earned, stolen, or bartered for from your boss, your co-workers, or the grand capitalist system in which we are all replaceable cogs and nothing more. Traveling means embracing the notion that your time is yours, and when you stop, or work, or don't work, it's your time to do with what you want.

This is why most people aren't travelers. There's more freedom and fear wrapped up it than many are capable of or will to handle. And it's probably why I don't vacation well, though I do enjoy any time I get to spend with My Angel. And I still had a great time.
_____________________________________________________
* itchy foot, n. ph. - a disposition to desire momentum that sometimes presents as a need to travel for its own purpose and value, regardless of final destination. (Parsons Dictionary of Oft Used Words and Phrases, Electronic Desk Ed.)
** I've never had luck with Texas while traveling. I either get side-tracked, searched, derailed, or stuck at the bus stop in Amarillo during a police siege... which happens more than you might think. Also, I have it on authority of an over-told family story that my Old Man also had problems with Texas... to the point that former Governor Ann Richards wrote him a letter promising a long prison term if he was ever to return to the state. To my knowledge, he never did return. Austin, however, is a nice enough town if you can afford it and there is more beer -- by sheer volume and label options-- than any other place I have ever been.
***More undignified than riding bus, but faster... which, in my experience, is the only thing it. I have it on authority of my older brother, who has flown First Class before, that it is much better. This does nothing to endear it to me, however.


If you like what you're reading here, I have work for sale on my amazon author page: www.amazon.com/author/mickparsons You can also leave a tip if you'd like. Thanks for reading!

The air was palpable, thick with anticipation and the muttering of all the mantras that make the rise of a fascist important to notice. Of course people were excited. Many of them were there to listen to a man who they hope will be the next President of the United States. Many of them would never be that close to him again. Those who were there to protest were equally excited. It's rare to see the personification of the New Old American Fascism in person, to bear witness to what may very well be the beginning of the end of the Democratic Spirit in America.

Slogans and signage gives you a clear indication of what to expect. The "Hillary for Prison 2016" swag was enormously popular... and I have to admit I thought it was pretty funny, too since I'm not fan of the DNC's Goldwater Gal.  There were plenty of trucker hats (made in Bangladesh) emblazoned with MAKE AMERICA GREAT AGAIN. I saw a few with the slogan "border, culture, language [commas added for grammatical correctness], a mantra often sang by no less than far right wing nut jobs like radio personality Michael Savage and multi-media troglodyte* Glenn Beck when they rant about "taking America back."

The police were there, too, of course, to help the Secret Service detail roust out protesters and protect the crowd of Trump supporters from the consequences of free speech and free thought. Stella and I hung back. I wanted to have a clear line to the door after the very presence of their demagogue would give the adrenalized crowd permission to act out all of their pent up aggression... which, unless you're not on social media, happened.**

In spite of being what I thought was relatively inconspicuous, we still managed to get a buddy of our very own. He was a little too chunky for a Secret Service detail. He spent a lot of time looking over his shoulder and looking down to type on his phone. He wasn't obviously armed, but he did have a radio... probably to call for reinforcements if the fuzzy guy and his daughter got out of hand. He was private security, maybe. Maybe an off duty cop doing a little double-dipping. I felt honored, really. After all, I left my THE BEST FASCIST IS A DEAD FASCIST t-shirt at home.

We took part in a small protest outside before the rally. I wanted to make my opinion known before going inside and trying to get a closer look at the personification of our country's evil underbelly.

One of the forms of non-protest... I wrote about it in my last blog post... was The Empty Seat Coalition's idea of buying tickets and not going. I posted picture on my Facebook page to let those folks know how that strategy worked out. I'll share it here as well:
After The Don's 7 state sweep on Super Tuesday, all of those people who insisted that America would never, could never actually elect a Reality TV star*** who spouts such venom are now trying to salve themselves with the idea that America would never, could never let The Donald beat Our Ol' Goldwater Gal.

If he pulls off the nomination (likely) and goes up against Hillary Clinton -- who has been re-coronated by the mainstream media as the presumptive Democratic nominee after a decent showing  on Super Tuesday -- he will have a good chance of winning it all.

And if you're sitting there reading this and insisting that America could never, should never, would never elect a fascist, stop trying to compare him to Hitler and think straight. He's not Hitler. Hitler was a failure who ended up dead in a bunker with his girlfriend. Think about Franco, in Spain. His fascist movement unified Spain and he ruled standing atop the bones of nameless martyrs he sent to still undiscovered graves for 40 years. People there still celebrate him.

Trump did not create this wave of fascism. He stood up in front of the tide. He's an opportunist, not a zealot. It doesn't make him less dangerous; it just makes him a different sort of the same amount of dangerous.


If you like what you're reading here, I have work for sale on my amazon author page: www.amazon.com/author/mickparsons.   You can also leave a tip if you'd like. Thanks for reading!
_________________________________________
*Dear actual troglodytes. Please accept my apology for using you as a negative metaphor.
** Please note that LMPD, that bastion of lawlessness and inhumanity, did nothing. And they're still insisting on doing nothing even though they were there and witnessed it.
*** Because we've never elected an entertainer to public office before. Right?
Posted by DirtySacred at 9:00 AM
Email ThisBlogThis!Share to TwitterShare to FacebookShare to Pinterest
Labels: daughter, Democracy, Donald Trump, GOP, Kentucky, Louisville, Protest, the empty seat coalition, The New Old American Fascism, Trump Bumpin' Uncivil Rest Along the Dirty Sacred River
Location: Louisville, KY, USA
Newer Posts Older Posts Home
Subscribe to: Posts (Atom)