“What a world you must live in.”

Here's the thing: people are like cats. I suspect that's why people hate them so much. People that tend not to like cats say it's because they're dog people (I always imagine McGruff The Crime Dog and some Planet of the Apes scenario.) Some people think cats are just too sneaky. Some think cats are to feminine and flighty – including some newly minted feminists who haven't read or thought about what feminism actually is. But As critters go, human beings are incredibly predictable in at least one way: we tend to like things that mirror the attitudes and attributes we'd rather have, instead of those we actually have. And because there is no yin without a yang, no Starsky without a Hutch, no Cagney without a Lacy, it is also true that if we like the people and places and things that represent what we aspire to, then we hate the people and places and things that remind of who (and what) we really are. 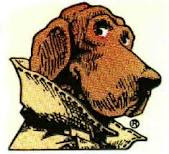 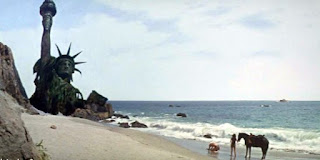 Now, don't get me wrong. We should always aspire to be more, to be better. Of course, we're short of heroic icons in these modern times. Two of my heroes, Utah Phillips and J.L. “Red” Rountree – are both dead and have been for some time. I was introduced to the stories and songs of Utah Phillips in my early 20's, and it was through him that I began to learn about the long memory he sang and talked about – the memory of workers, organizers, unions, anarchists, pacifists, agents of change... and those those who believed in and harnessed the positive power of chaos... such as Albert Parsons, Big Bill Heywood, Joe Hill, and Ammon Hennacy. I chose as my heroes those who embody those ideals I believe are important and that I hope to better exemplify and live by in my own life. Red Rountree was maybe the last of the philosophical bank robbers. He didn't hurt people, and believed in having fun. He also had a deep grudge against banks.

But it's difficult to get around that fact that most people are like cats. Cats are moody, territorial, and dislike having their routine interrupted. I have two cats, and if their daily ritual is maligned in anyway, they simply don't know what to do. And people are the same way. We like our rituals, our patterns, our hegemonic convergence that defines each and every day of our lives. We like it so much that even if we become unhappy, we live with it.

And if we're forced to face the idea that something has to change, we look for a way to change as little as possible, lest we upset our all so sacred routine.

Which is, of course, the problem people have with the Occupy Wall Street Movement. At it's core, it represents the idea that something has be done to change the inequities that most of us life under. This means not just adding new rules. It may mean throwing the old rules out and starting from scratch. Because the problem isn't just that the rules aren't fair. The problem is that in America, the Golden Rule – “He who has the Gold makes the Rules” is the only rule that matters. It is upon that rule that Capitalism is built, and it is for that very reason that Capitalism is a wholesale failure as a social, political, and economic model. We have lived under it so long that people have forgotten that Democracy – the idea that all people are equal and deserve and equal voice – has been consumed by Plutarchy and Capitalism.

Keep in mind, not all #occupywallst folks are anti-capitalists. But they do recognize that something's fucked up. And they're willing to do something about it. It's not a revolution, that's true. But maybe... just maybe... it is a kind of evolution.