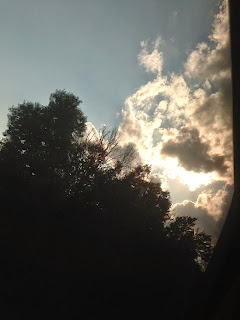 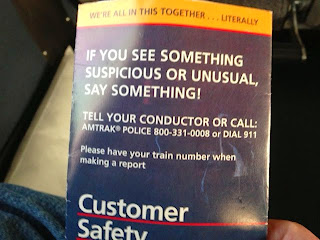 "You can be a week beyond the need for a good bath, your clothes can be rags, and you could look like an extra from a zombie movie. But if you're wearing clean socks, you just feel like better." - Parsons Revised Rules For Living


So, my best laid plans on this Monday morning were waylaid by dirty socks.

That's right. As I mentioned in The Third Thing, I only brought four pairs of socks with me... that's three, plus the pair on my feet. The same goes with underwear. And one of those pairs of socks is actually a pair of wool socks... which are only wearable when it's very cold. And today, of all days, I ran out of clean socks... except for the aforementioned wool ones, and it's actually too warm to wear them in Cincinnati. (Huzzah!) So I have to wash my clothes. Luckily, I  have access to a washer and dryer, albeit space age ones that look more like Star Wars Escape Pods than home appliances.

My original plan was to go back to the storage unit and get further along on emptying it out. I made good progress on that yesterday... and I will write about that at greater length in Porkopolis, Part 2: The Return of Creepy Louis. I was then going to maybe catch a metro bus downtown. I still plan on doing that... though I may not get to the storage unit today. I'm hoping to cross paths, at the very least with Aaron K, a friend and former colleague, at which point much beer will flow.


The socks -- and indeed, the rest of dirty laundry -- are in the escape pod looking dryer. So that's progress.
But that's not what I really wanted to write about in this blog post. What I really wanted to talk about... again... is Greyhound Bus Lines.
Yesterday, in a conversation thread on Facebook, I made an allusion to... actually I came right out and said... that Greyhound hires psychotics to drive their buses.

I would like to state here and now that I was JOKING. Most, if not all Greyhound bus drivers have been nothing but professional in their behavior towards me during my various trips over the years. They're NOT psychotics. (In fact, I suspect the TSA snaps them up too quickly for any other company to consider using them.)


I would like to point out, however, that a recent article at addictinginfo.org reported that a bus driver left Occupy protesters stranded in Amarillo, Texas because he didn't agree with the OWS Movement.


I would also like to point out that I've been to Amarillo, in the Greyhound station. Being left there isn't as bad as, say, being dropped into Afghanistan, or working in an American factory in Juarez, Mexico. But at 1 AM, when the streets around the bus depot are are dark and you hear the rustling of 10 gallons hats and the rattling of wallet chains... be afraid. Be very afraid.


My point is this: In the wake of the public relations nightmare at the Amarillo Depot, Greyhound Bus Lines needs a champion... or, at least, someone who will make them seem less odious. And I humbly submit myself to CEO David Leach as a willing candidate.