He that is robbed, not wanting what is stol'n, Let him not know't, and he's not robbed at all. - Shakespeare 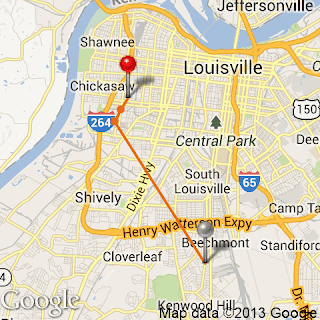 I was planning on writing about tomatoes.

No. Really. The gauntlet being thrown down, Amanda and I cooked down and froze, liquified, or canned 50 pounds of tomatoes. Of course, 50 pounds of tomatoes  preprocessed takes up a hell of a lot more space and seems more onerous than 50 pounds of post-processed tomatoes. And the scope of it all would probably be more impressive had I elected to use pint jars instead of quart jars for the shelf stable maters that are currently occupying shelf space in the basement.

But alas, Dear Readers, that is not the tale I am allotted to tell today, because my phone was stolen, along with the picture of the tomatoes that I was planning on using.

Not to be thwarted, however, I will replace it with an albeit less useful, but more plot-driven and predictable stand-in.

I walked into the Writing Center this past Tuesday -- one of my jobby jobs -- and it was slammed. I was all of two minutes late because of a brief stopover at the Iroquois Branch of the Free Louisville Library. Between that and an unexpected illness, the Center was unmanned for all of those two minutes, during which time everything went to hell. There was only one scheduled tutoring appointment, but the internet was down and no could print or check Facebook (gasp!).

There were some actual writing issues that people had questions about, and I was fluttering around between students, answering questions, and trying my best to portray an IT Guy (WHICH I AM NOT NOW NOR EVER SHALL BE). It's understandable that students could be easily confused, since the Writing Center is configured like a computer lab, thanks to the fascist tactics of the IT Department and their Draconian insistence that straight rows of computers make for functional space in a Humanities driven Writing Center. They are not known for their interpersonal skills and therefore do not understand or intuit that a Writing Center is a place meant to foster communication, not to be a farm of computer banks where the sex deprived can pleasure themselves to uploaded episodes of Buffy the Vampire Slayer and Dollhouse.

I will admit, I should have kept a better eye on my phone. But I did not. At some point between 3:57m and 4:15pm, my phone grew legs, walked out the door, boarded a bus to 3rd Street and Kingston, and later ended up on Hale Ave on the west side. According to the GPS tracker the address is somewhere around this quaint meth den:


Of course, I made a report to campus security. Not because I expected to get my phone back, but to establish a paper trail in case the schlub who stole my phone decided to go on a technology-grabbing frenzy.

Now, if you know me, I have a sort of ethical flexibility when it comes to theft. For me, it's all about context. People stealing for food or shelter don't bother me. Legalized corporate or government sanctioned theft offends me deeply. And if you know me, you also know that I am perfectly content without a cell phone and keep one primarily because there are still a few people who would like to be able to get in touch with me.

(And NO. They are not ALL bill collecting parasites.)
(When I'm Out and About, I turn it off frequently, as much to free myself of it as to save the battery.)

I was bothered less by the actual theft of the phone -- let's be honest, it was probably only a matter of time -- than by the fact that a student stole it. Yes, it's a downtown campus in what some people consider a dangerous part of River City. Yes, I am aware that not everyone holds my view on the ethics of stealing.  And yes, I have been betrayed by a student before. Higher education is shark tank, not a kiddie pool.

And that a student stole from me -- a student I was probably helping with a writing problem or half-heartedly trying to help with a tech issue I am not trained nor interested in being trained for -- was and is more of a violation than the theft of the phone.

The other thing that offends and violates me is the sheer stupidity of the schlub. I prefer not to use the term "thief" because that implies a level of intelligence that is nonexistent in this case.

Schlubs who pinch my phone and think that I will not find a way to make them regret it are not thieves. They are schlubs and do not deserve my consideration.

I used that as an opportunity to communicate with them. Or taunt them, if you will.

But after a full 12 hours or so of insulting him, his mother, and pointing out his precise location, I got bored and set the phone to erase. I may not get my phone back, but they won't get access to any of my shit -- including the picture of our canned maters, which I was going to proudly post.

It is important to point out, however that in spite of the sheer schlubbiness of the schlub, that two different people -- neither of whom are related to me -- offered to let me use their old phones until I get a new one. The negative effect of a single schlub does not stand a chance against the positive impact of two genuinely nice people -- which, believe it or not, reflects my deeper idealism more than any metaphor I can conjure.