Excerpt from current project: Have You Seen the Tattooed Pig?/The Dust Storm 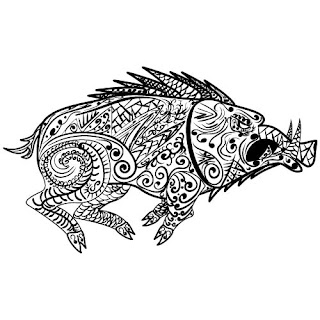 I was lying on the bed, trying to take a nap. It seemed odd to me that I was laying on our old bed in that white box condo in Tempe, since we hadn’t lived there in years and since Gayle and I hadn’t been together in a while, either. In the dream I was exhausted. I felt like I’d worked three days straight and I could barely keep my eyes open. I knew she was around somewhere. I could hear Gayle in background, talking on the phone. I thought that was weird too, since I wasn’t entirely sure what her voice sounded like anymore.

Part of me – the part of me that was awake, maybe – tried to tell the rest of me that it was only a dream. That Gayle and I weren’t together anymore. That we weren’t living in Tempe anymore. But in the dream it was like anything that happened outside the dream was actually the dream. We hadn’t left Arizona. She didn’t leave me for the neighbor woman. Like it was all some weird nightmare, or worse, some alternate reality I was switching back and for into and out of. Each switch meant I had to take time to remember… each reality had its own memories and its own time lines and I had to reboot… sort of.

I looked over and the screen doors to the patio were closed but the blinds were open. The balcony was gone, blown away by the dust. Then I realized the bed was in the living room and not the bedroom. Was that a detail from another timeline, another reality? I told myself to lay there and reboot. What was real (at the moment) would return to me shortly and the confusion would pass. So I turned my head to look out the window. The dust was blocking out the sun. It was then I started hearing the wind and the sound of rocks and palm tree parts hitting the building. There was a low level shaking to everything. Like an earthquake that wasn’t an earthquake.

Then I heard Gayle and could make out her words. She was in the backroom, talking on the phone. He won’t leave, she was saying. He won’t leave and we’re going to die here.

I started to get up, trying to call out that we could leave, that there was still a way. I tried calling out that I was sorry but that I had a plan. I knew how we could get out. I knew I didn’t have a plan, but I knew if I thought about it hard enough that I could pull an idea from the reality where we left and were safe from the relentless dust storm that was wiping everything around us off the face of the planet.

Is this what it was like in Ephesus? I wasn’t sure where that thought came from. Another me. Another timeline in another reality. Maybe the me that had been at Ephesus. Didn’t Ephesus sink into the river? I couldn’t remember. I wanted to ask a different me that had actually gone to seminary.

THERE’S NO DIFFERENCE BETWEEN SINKING IN WATER AND SINKING IN SAND. IT ALL LOOKS THE SAME FROM PENTHOUSE OF HYATT IN DUBAI.

I didn’t know whose voice that was. For a second I thought it was my dad’s voice. But I couldn’t remember what his voice sounded like either and the memories of other time lines were starting to fade, blow away like the dust was taking them away, too.

It’s ok, I said. I’m back now. We can survive this. I tried sitting up again but something bit from bit my arm. It hurt all the way up into my shoulder. I looked over on Gayle’s side of the bed… the one nearest the sliding doors… a pig with giant tusks had bitten my wrist and was trying to drag me to the other side of the bed and onto the floor, out into the storm. It was an angry looking pig with tattoos all over its face. The skin was wrinkled and grayish black. I managed to shake my wrist loose, which caused it to throb and caused blood to get everywhere. I tried calling out for help. If she would get off the damn phone with her dad and get that fucking pig away from me, we could escape. I knew there had to be a way.

But the pig latched on again and I could not shake it loose. As it pulled me over onto the floor on the other side of the bed, the glass sliding doors shattered and everything was obliterated in fury of dust and stone and uprooted everything.

If you like what you're reading here, check out my work for sale on Amazon: www.amazon.com/author/mickparsons You can also throw a little in the tip jar:

Posted by DirtySacred at 9:00 AM
Email ThisBlogThis!Share to TwitterShare to FacebookShare to Pinterest
Labels: Excerpt, fiction, Have You Seen the Tattooed Pig?, Musings from the 13th Floor, novel, Texas, The Dust Storm, travel
Location: Louisville, KY, USA

Excerpt From The Muckraker's Chronicle: It's Hard To Be Humble