Central Air is busted. We sleep with the windows opened strategically to take advantage of the cooler night air. At 3:37 in the morning, the storm that will make today boil blows in. Cool breeze. That fresh, taciturn kiss of almost autumn rain. Far off threat of thunder and lightening.

At 3 in the morning, the dogs are restless. They always know. I ignore them until the sound of their paws, like a telegraph operator in an old western sending a message at gunpoint, makes it impossible. Pulling on my pajama pants, I motion for the dogs in the early half-light through the window. Part sunrise, part light pollution from the airport. Ubi, the skittish one, is afraid of storms but is overcome by curiosity and the need to piss.

I stand on the back porch and wait. Soak in the cool air through every available pore. It is 4 in the morning.

Being so accustomed to control when hubris fails
we are still monkeys finding God in a cool breeze
and in the distant thunder, a lullaby.

The beginning of August means one thing -- the academic year is about to start. And while I am still persona non grata at KCTCS -- Kentucky Cutthroats, Thieves, Cabbage-heads and Stinkbugs -- I do have some scheduled classes at the larger university down the street.  I'm going to be teaching and maintaining my newspaper gig... I'm happy doing both, like them both.

It's like dating two people except that neither one likes me enough to claim me exclusively.

Getting back in the classroom requires some prep. Each class has a blackboard module I am
bound by expectation to use. It does cut down on the number of papers I carry around, since students turn things in online most of the time. It does simplify communications and makes handouts more accessible.  If the interface wasn't so non-intuitive and the overall design wasn't such a hold over from the 1980's movie Wargames,  I probably wouldn't hate it so much.

Some of my more experienced (READ: older) colleagues also hate Blackboard. Like me, they remember when teaching meant walking in with a syllabus and a piece of chalk -- yes, real chalk. We sometimes pine and talk about the days when teaching was as much a community building activity as it was an educational one. We talk about being able to circle up, talk about writing (in my case) and break down the conventional modules of institutional education that we matriculated through.

Then this funny thing happened. The conventional module of institutional education broke down.

From the time I accepted that technology would play some role in my role as teacher, I have looked tried to look at digital space as ... well... space. Students define it as a kind of space. After all a significant portion of their lives are spent in and out of digital space. The executive admins at colleges and universities see it as space, because they try to jam pack it as much as they can.  As a teacher, I have to see this ethereal space as a  kind of space where community occurs and where education can happen. My other option is to close myself off to the educational possibilities, not to mention closing myself out of potential work.

But this acceptance of digital space as educational space comes at a cost. A friend of mine recently told me an online class she is set to teach is capped at 35.*  That cap is brought to by greedy cutthroats, thieves, cabbage-heads and stinkbugs. Not only will that strain my friend, who is an excellent instructor, but it will negatively impact the educational experience of students.


I'm pretty excited about getting back into the classroom. There's work to be done.

Posted by DirtySacred at 11:25 AM
Email ThisBlogThis!Share to TwitterShare to FacebookShare to Pinterest
Labels: #kctcs, teaching, technology

Singularity and the Freewheeling Critter: Ray Kurzweil at the Kentucky Author Forum

My view is that consciousness, the seat of “personalness,” is the ultimate reality, and is also scientifically impenetrable. -- Ray Kurzweil

Any man who can drive safely while kissing a pretty girl is simply not giving the kiss the attention it deserves. -- Albert Einstein 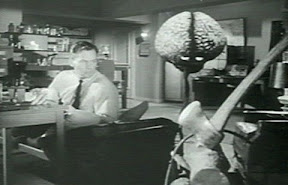 Although I haven't read much of Ray Kurzweil's work, I was familiar with him. He famously declared, via the title of a much lauded and much criticized book that "The Singularity is Near." His many accomplishments have been overshadowed somewhat by his status as a futurist -- which, in an age where people still seek certainty and the surest way forward in order to avoid scuffing their shoes, makes him fill the Edgar Cayce/Nostradamus role whether he ever meant too or not.

Singularity,as Kurzweil defines it, is the point where technological evolution and human biological development merge. Pragmatically,this would mean that instead of needing a hand held computer to communicate,play Angry Birds, and search Google, humans would have access to these capabilities via extra-biological implants.
His predictions take certain things into account, of course, like all predictions. No matter how much you attempt to claim the cloak of objectivity (which, to be fair, Kurzweil doesn't seem to) those ol' a priori arguments never go away. While he acknowledges that there will be moral and ethical implications that need to be addressed he ... at least conversationally (I need to read his work to be more sure of this) seems to assume that with greater access to information that humanity will be able to handle the lines that will inevitably be blurred -- indeed, lines that are already being blurred, such as our cultural concepts of privacy, and the ever raging concern over intellectual and creative property rights
which just an extension of the same ownership by Divine edict obsession that the early Europeans settlers carried with them.

He also dismisses the notion that these technological extensions of self could become intellectual and critical crutches. I thought of a comment by a student at Arizona State University; the student claimed there was no need to remember certain things -- like state capitals or the year the Civil War ended, for example -- because Google was so accessible.

And NO, I'm not saying that rote memorization has anything to do with being intelligent. But it DOES exercise the brain, make it work in ways it wouldn't normally. And having access to certain pieces of information without technological extensions could come in handy. Say, when the WiFI goes out, or if you're somewhere where there ISN'T ANY WIFI.

I did appreciate his vexation about language, though. He called it humanity's first invention, but acknowledged the problematic nature of language...in that it can describe and reflect but that there's always a risk of something being lost in the translation. Language is necessarily reductive and inherently culturally biased. We're still grasping at language to adequately describe aspects of the human experience that can't be empirically studied. Kurzweil says this is tied to our individual "personalness" which is "scientifically impenetrable."

That's how I define the purpose and function of poetry, and of the arts in general, actually. Poetry (and art in general) is the attempt to reflect, describe, explain, or be critical of individual and collective experience. Science has it's uses, though. And I enjoy finding the mystic buried in the empirical. This gives me hope that we might stumble as a culture onto the truths that lie at the heart of existence, that we might be able to see them without interpretation and without ego.

But it would still be helpful to simply know that Bismarck is the capital of North Dakota.